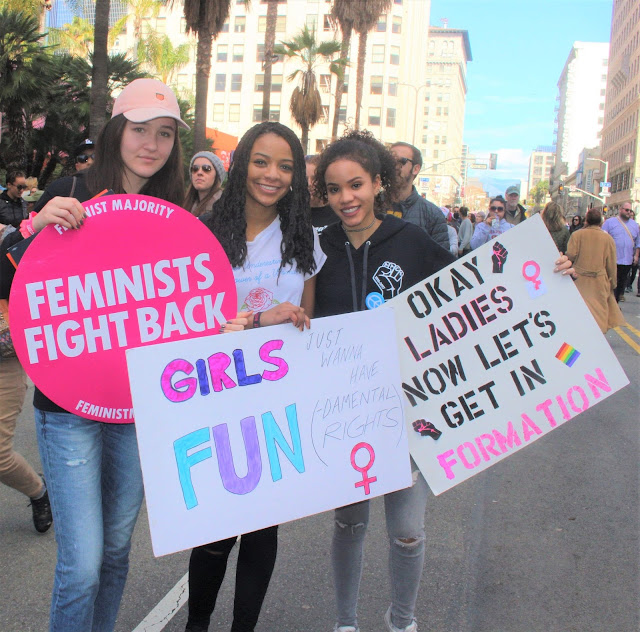 On January 21st it seemed that all of Los Angeles went to Pershing Square to speak up, speak out, and adress issues their passionate about at the Women's March LA. I had heard about this march a couple weeks ago and since then it had picked up steamed upon the Inauguration of now President
Donald Trump. What did I expect? I expected a big crowd, a lot fervor, and maybe some commotion. What did I actually get myself into? Simply put I was apart of probably one of the most historic marches in American history. It wasn't a big crowd, it was a MASSIVE crowd. Lines to get tickets to the Metro, lines on the Metro, and waves of people coming each hour. The fervor was centered as well. The protests were personal. It was a peaceful march that didn't call for commotion it only put forth a sense of unity. I'll share with you the lessons I learned that day so that you can take it with you in your next march.

Fighting For Your Rights Has No Age Limit 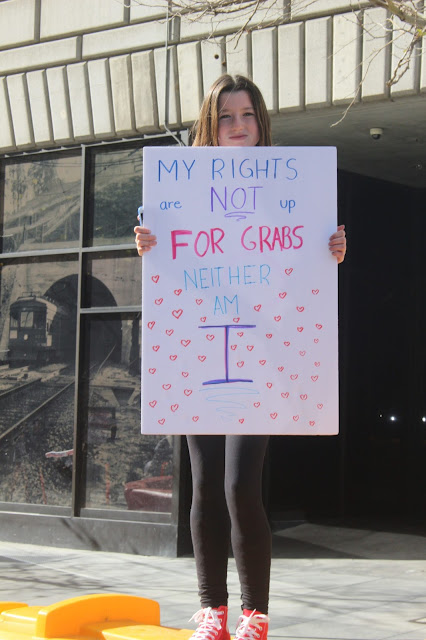 Above was the most profound picture I took at the march. Even little girls were woke at the Women's March LA. In the millennial age where what influential figures say can be accessed by the second, the words we hear impact us. Especially if those words offend and worse shape public policy. In this day and age you are your politics. Every time you step out of the house you're putting forth your politics. So it's no wonder that activists and protesters are getting younger and younger with the knowledge at the tip of their fingers.

On the other end of the spectrum the advocates who have been fighting for decades came out in numbers for last Saturday's march. You could see the joy and the passion as they marched. When everyone coalesces for a common cause more can get done. 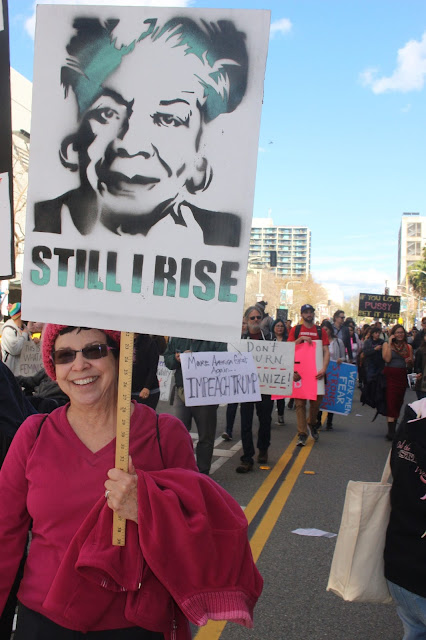 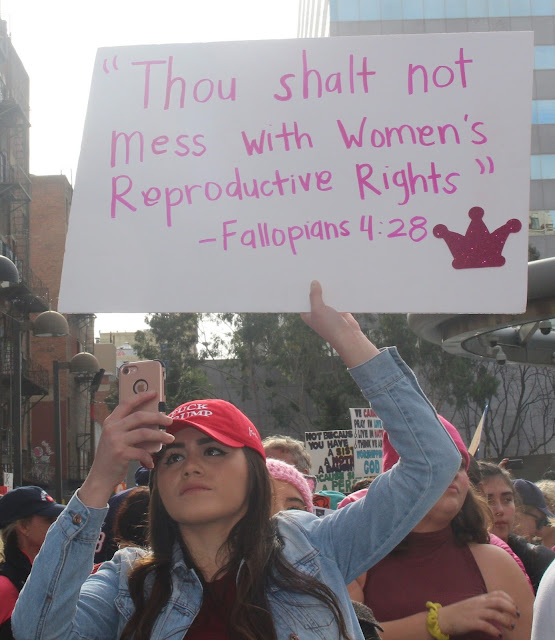 One of the best parts of Women's March LA was the signs. They were clever, they were poignant, and they were moving. It's always said you laugh from keep from crying so these signs were a sense cathartic release. The pain and fear is real but the hope was seen when people talked among each other and connected on social issues.

The day the #womensmarch broke the internet... #womensmarchLA
A photo posted by EmilyStreet (@emilystreet.me) on Jan 21, 2017 at 5:15pm PST


Revolutions Are Passed On From Generation To Generation 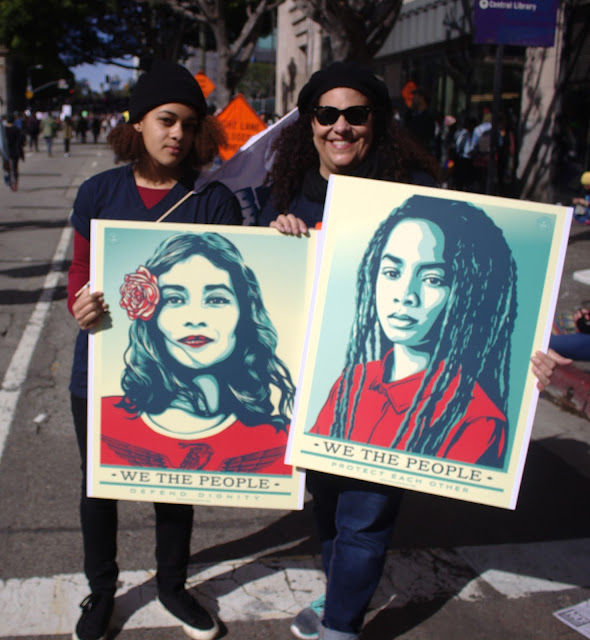 One of the most amazing sites was seeing the families come out to the Women's March LA. The fathers taking their daughters, the grandmothers marching step and step with their granddaughters, and newly minted moms carrying their babies into history. How awesome is that? That bond of marching with your loved ones would seem to leave an indelible mark & spark a fire for change. 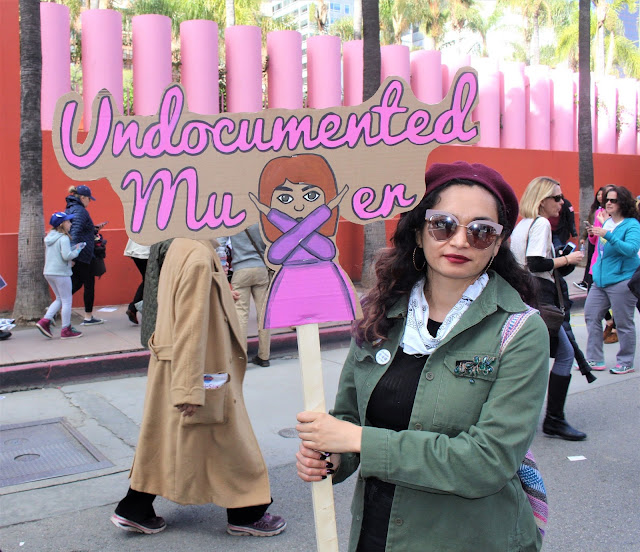 If you were at the Women's March LA as an undocumented immigrant, a disenfranchised citizen foreseeing your civil liberties being stripped away, or feel you are not represented at all please remember your voice is necessary. There are people in your same situation and every protest and fight for that freedom reverberates across the nation. 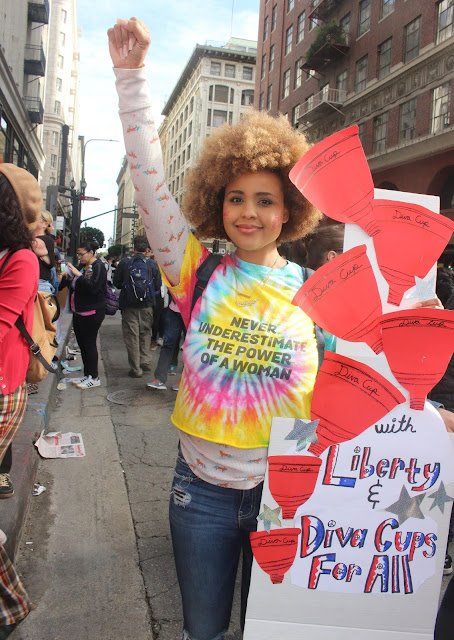 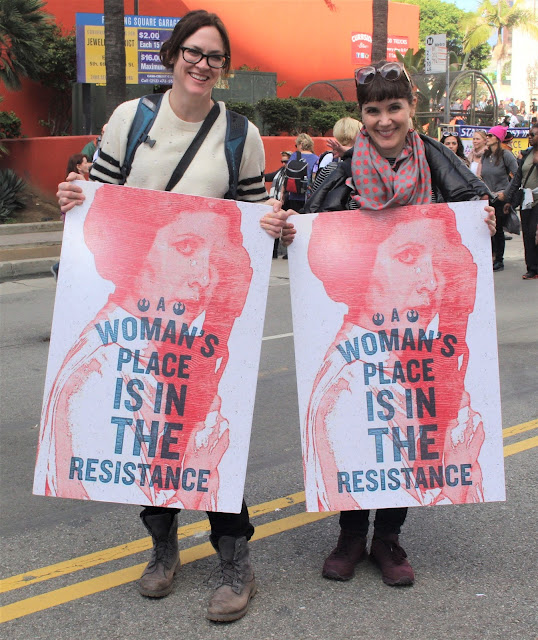 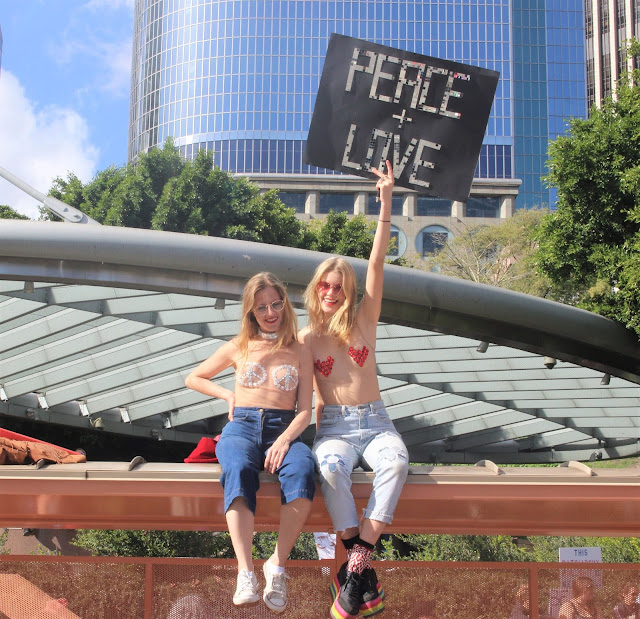 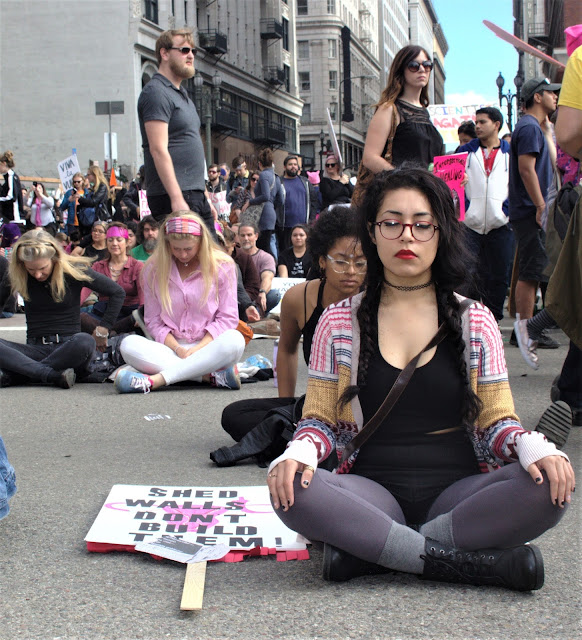 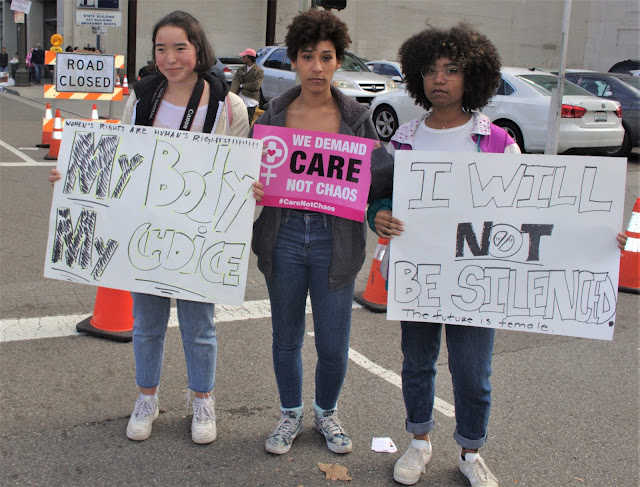 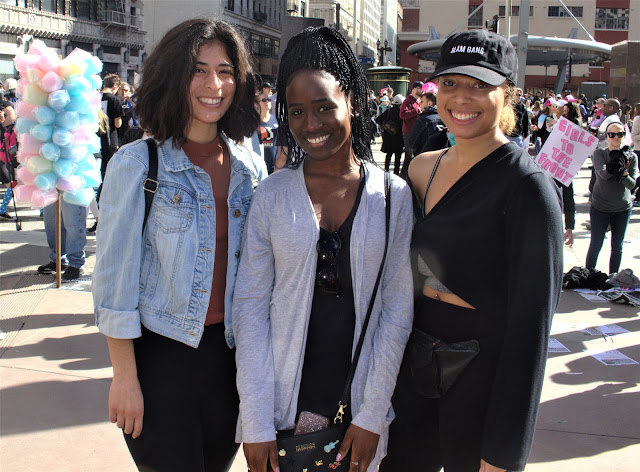