H&M slammed over 'Coolest Monkey in the Jungle' ad 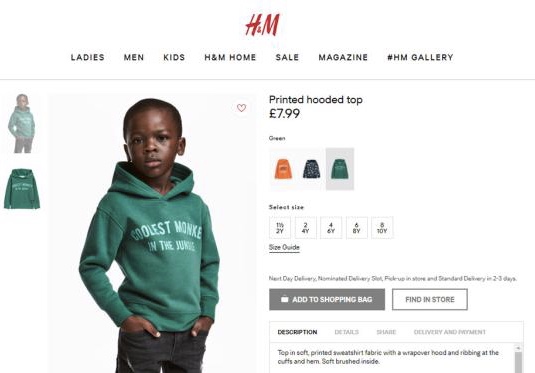 H&M is in HOT water after publishing a controversial clothing ad this week. The UK ad features a young African-American boy in a sweatshirt that reads, “Coolest Monkey in the Jungle.”

It didn’t take long for social media begin circulating the ad, with many people describing it as “racist” and at the very least “offensive.” Historically and especially during the Jim Crow era, people of African and African-American descent have been mocked and even compared to apes and monkeys. In addition, the young model’s Caucasian counterpart sports a similar hoodie that reads “Official Survivor Expert.”

H&M says they have taken down the ad and posted a statement on their website, issuing a formal apology for the “upset and discomfort” that the incident has caused.
“We appreciate the support of those who have seen that our product and promotion were not intended to cause offence but, as a global brand, we have a responsibility to be aware of and attuned to all racial and cultural sensitivities – and we have not lived up to this responsibility this time.” - H&M

Celebrities such as Lebron James and Diddy have publicly spoken out against the ad on social media. It’s rumored that Diddy is even planning to offer the child a $1M modeling contract with his Sean John brand. 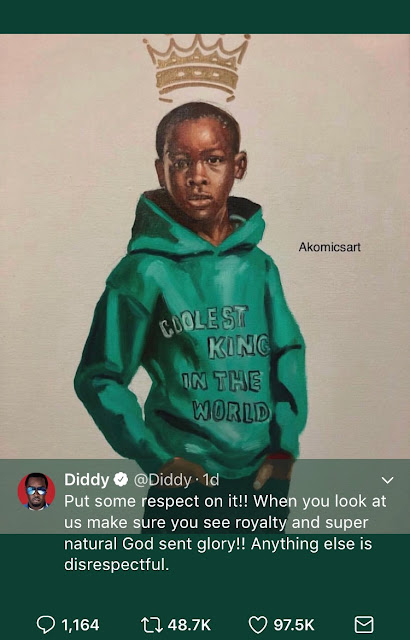 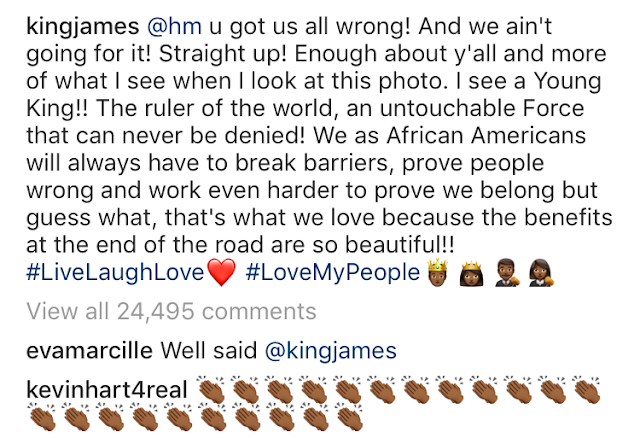 Hip hop/R&B star, The Weeknd, took to Twitter to announce that he will be cutting ties with the European-based company because of the ad. 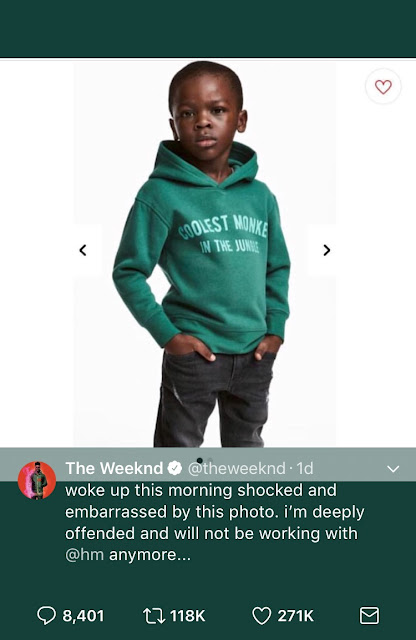 Actor Jesse Williams expressed his frustration with H&M’s “corporate irresponsibility” on Instagram. In 2017, Williams starred in a holiday campaign alongside rapper Nicki Minaj. Minaj, who also has a partnership with the brand, has yet to issue any response to the controversy. 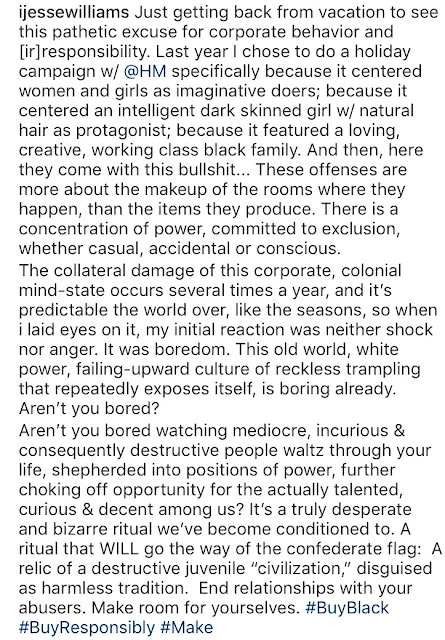