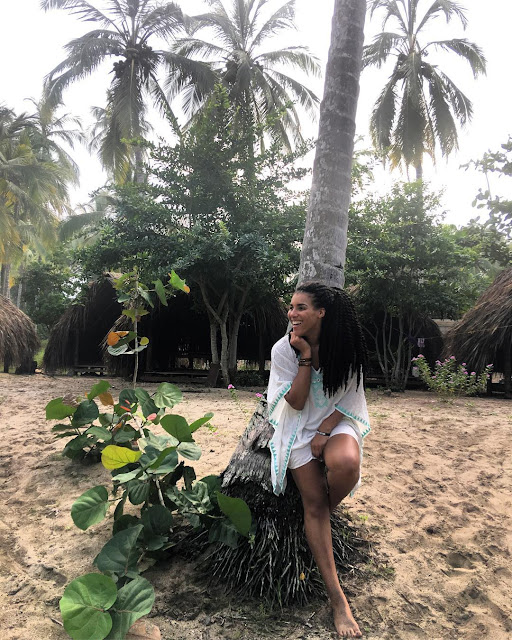 only a traveler but more importantly a global citizen. She doesn't simply visit the beautiful countries

almost makes you jealous you didn't go there yourself. As graduate of California State, Los Angeles

Geena started to trek the world and document those trips in her blog the Soul•lo Traveler. A clever

double entendre title Geena travels solo, by herself sometimes halfway across the world but not as  a

timid visitor but as a soulful spirit ready for a new adventure. What drew me to her blog was the

sheer joy I had seen as she traveled to these culturally specific places. She's knowledgeable about the

history of the places she's inhabited and in turn we benefit from her insight. She highlights the

moments. Her laughing among her friends walking down a dirt road, her gazing at a waterfall, or

her simply relaxing on hammock. Ironically you can say she puts your soul at rest by see hers come

alive. So join in the journey with her as she ventures across the world and yes, be inspired to travel

That great thing called SELF-love, it's a beautiful thing. ❤️ Happy Valentine's Day to all of you. Remember you are loved. Always.
A post shared by Geena Ashlee (@geena_ashlee) on Feb 14, 2017 at 1:27pm PST