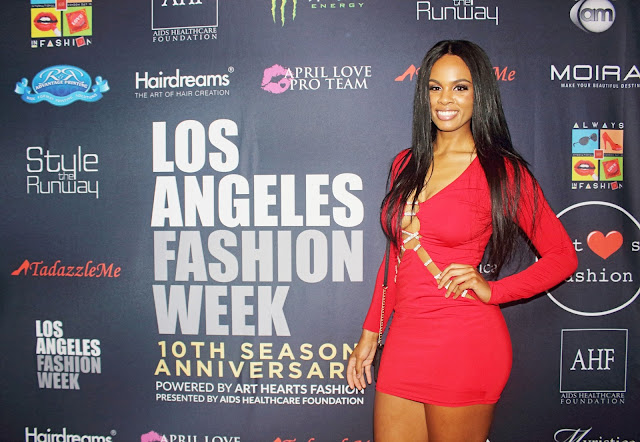 The Art Hearts Fashion Week  celebrated their 10th Anniversary at the Park Plaza Hotel in Los Angeles, California. As the premiere fashion show leading up to LA Fashion Week, Art Hearts is decadent and exceeds extravagance. The venue of the Park Plaza Hotel with its Iconic red carpet stairs was the perfect place to have Art and Fashion come together.

Before you walk up the red carpet stairs, on both sides are display of previous fashion show gowns and among the vast hotel their was artwork and a fun stlye lounge where guests mingled before the next show. One of the best shows of the week was Dunyah. His fashion line was edgy,Hip Hop influenced, and made only for the confident to rock. His models emboddied that swag while top trap music serving as the soundtrack. I knew the line would be lit when Dunyah' show started with the lights totally off and you hear "Ride with the mob..." A$AP Ferg's "Plain Jane" has turned into an instant classic! The crowd felt the energy of the room and loved his designs.

As far as the guests their were plenty of celebrities there some in plain sight others just there to look at the art or take advantage of front row seats at one of the biggest fashion shows in LA. What was great to see there was the sisterly bond of The Holly Girlz - Amsara, Sanefer, Ariana- who are a group of singing sisters as well as an all encompasing brand. Assigned to do Social Media at Art Hearts Fashion you could of sworn they were everywhere. From Amsara doing interviews on the red carpet, live streaming Hale Bob designs, to meeting the designers behind the fashion lines. They move as fun and entertaing unit and you can please believe you can see them on the scene for a long time. The Art Hearts Fashion Week is a celebration of the Arts and the Fashion that is drawn from that very same medium. Here's to ten more years of artwork, exuberent fashion shows, and Art Hearts Fashion. 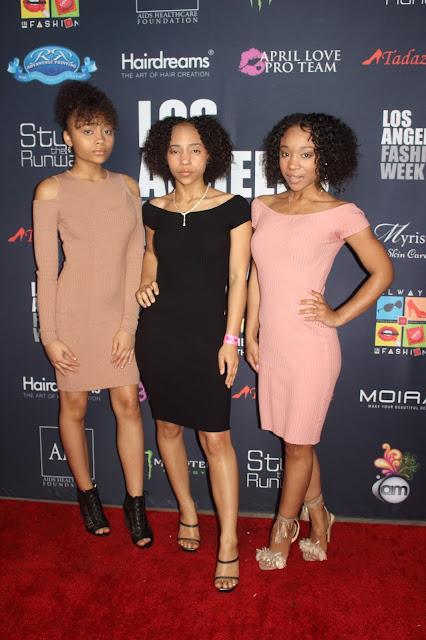 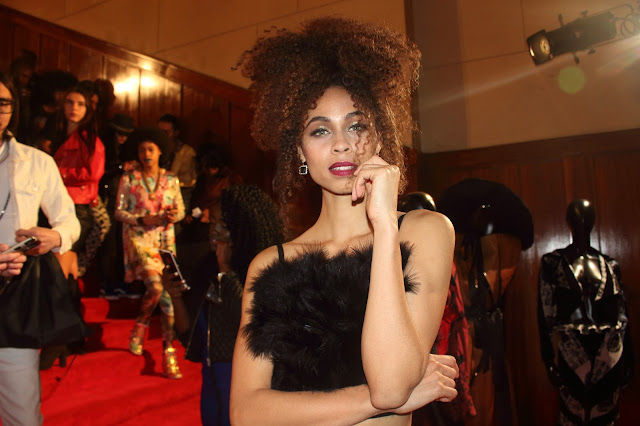 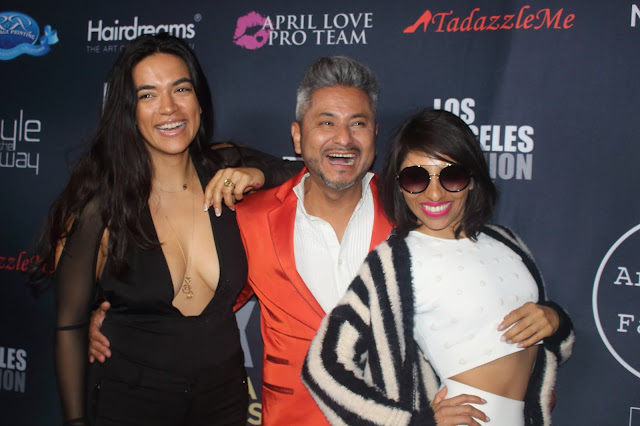 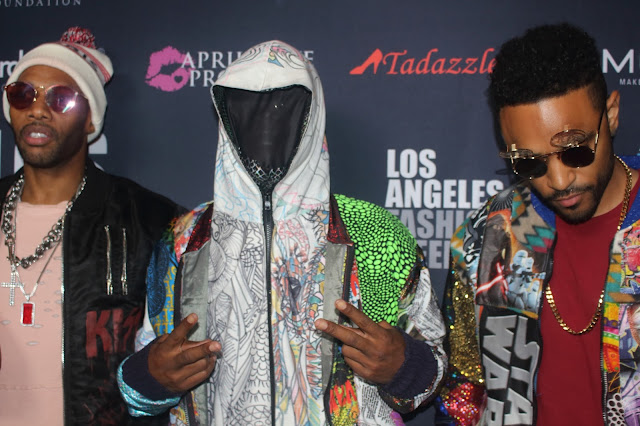 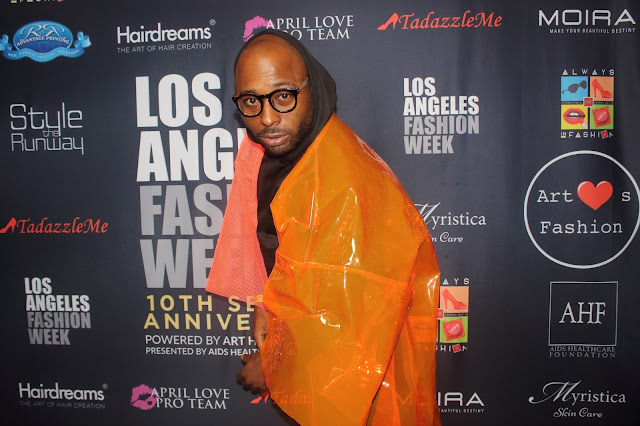 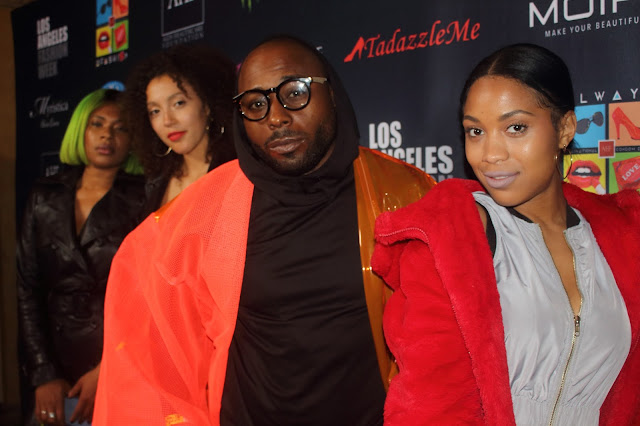 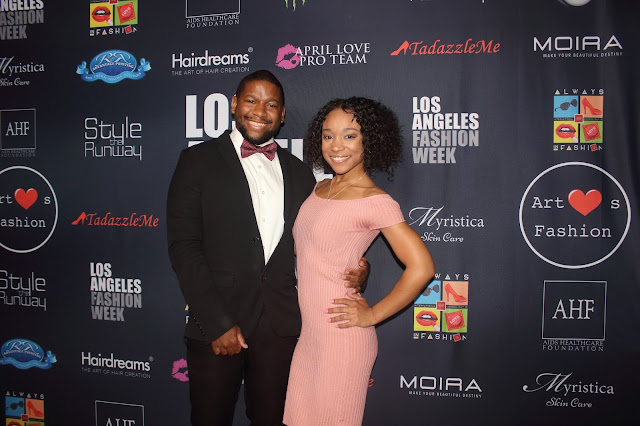 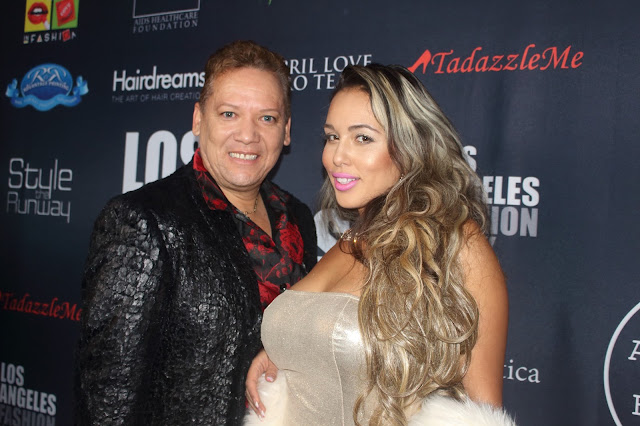 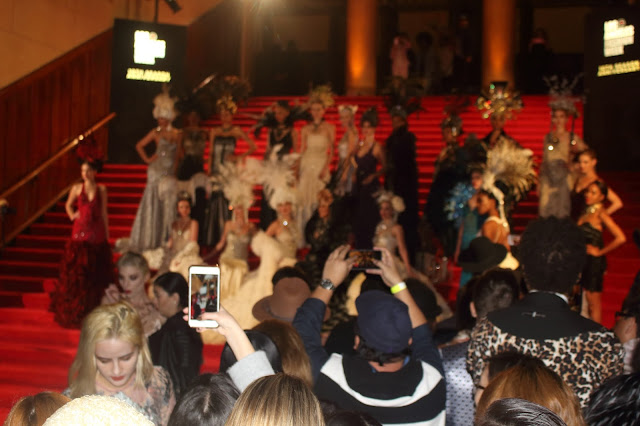 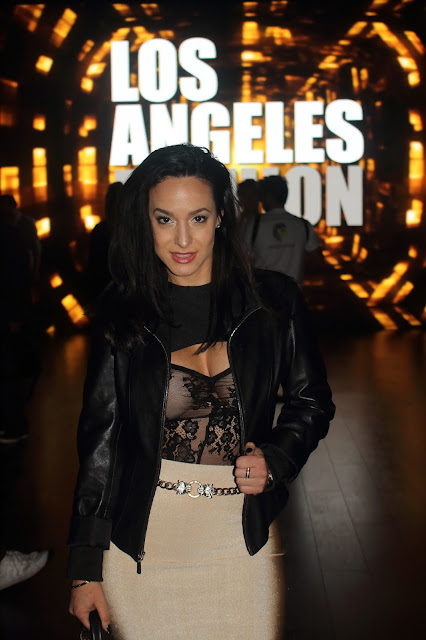 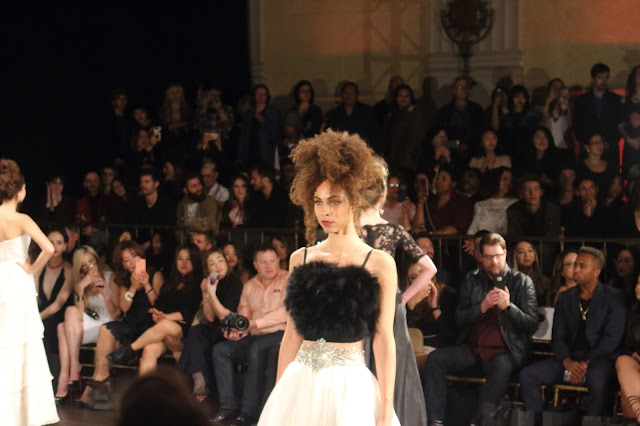 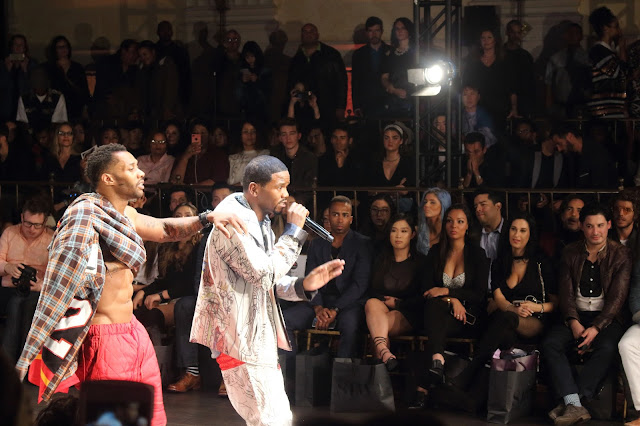 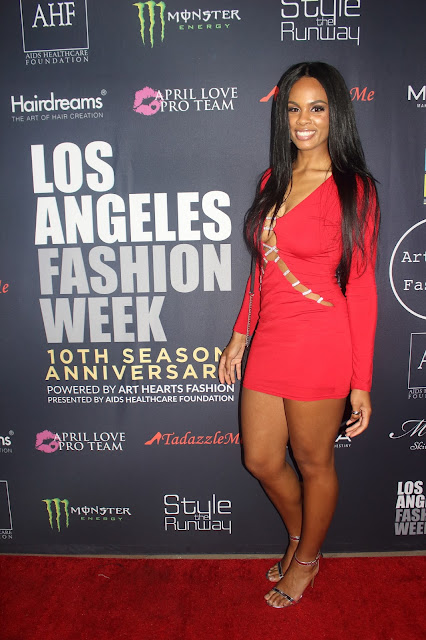