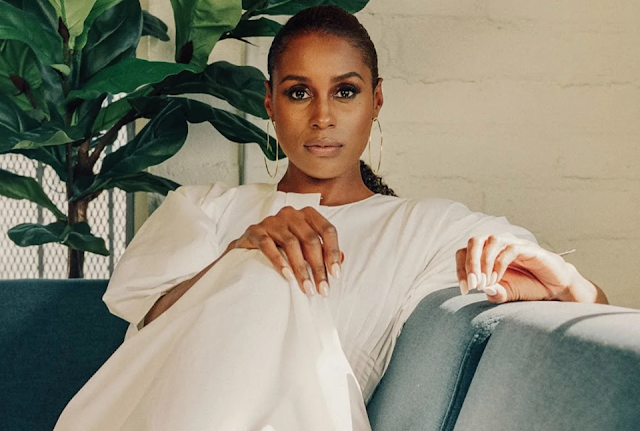 by Evan L. Jackson
The multi-hyphenated producer, writer, director and actor Issa Rae is set to receive the Visionary Award at the 2022 Producer Guild Awards. Known for creating the award winning hit show "Insecure" on HBO, Issa Rae has been a trailblazer within the industry advocating for real change and being about it by producing and executive producing. Insecure has received multiple Emmy nominations, Golden Globe nominations, and critical acclaim for its refreshing storylines.
The award will be presented at the 33rd annual Producers Guild of Awards on Saturday March 19th, at the Fairmontt Century Plaza. This honor is awarded to those who have shown excellence in the field of producing for television with stories that are representative of the culture and have inspiring, original narratives.  Past recipients of the award are: Octavia Spencer, Brad Pitt, Kenya Barris, and Ava DuVernay to name a few.
“Issa makes us excited for the future of television. With her series Insecure, she achieved the highest levels of comedy, perspective and performance possible, and her sharp wit and distinct voice will undoubtedly continue to drive quality entertainment featuring underrepresented voices. Beyond Issa’s prolific work, she is a role model and inspiration to the next generation of creatives through her mentorship programs like ColorCreative, and more recently, Project Greenlight. We are thrilled  to honor Issa this year,” said Producers Guild of America Presidents Gail Berman and Lucy Fisher.
Up next for Issa Rae and the next  projects she’s developing and producing for HBO and HBO Max, including a new original series, Rap Sh*t; an adaptation of the New York Times podcast Nice White Parents alongside Adam McKay; and an adaptation of the Octavia Butler novel Fledgling with sci-fi mastermind of a director J.J. Abrams.
The 2022 Producers Guild Awards Event Chairs are Chris Thomes, Vice President, Creative Services for Disney Television Studios and Melvin Mar, Executive Producer, The Detective Agency. The 2022 Producers Guild of America Awards are produced by Anchor Street Collective for the Producers Guild of America. Branden Chapman is Executive Producer, Carleen Cappelletti is Co-Executive producer, Matt Ullian and Jane Sarkin of Boldface Partners are talent executives, and Jim Piccirillo is Director. The PGA Awards team also includes Diane Salerno (Six Degrees Global) managing sponsorship, marketing consultant Julie Giles (greenHAT digital) for social, and the PGA’s PR agency of record, Sunshine Sachs for PR.
Sponsors of the 2022 Producers Guild Awards include: Cadillac, Official Automotive Partner; Delta Air Lines, Official Airline Partner; GreenSlate; and Glenfiddich Scotch.