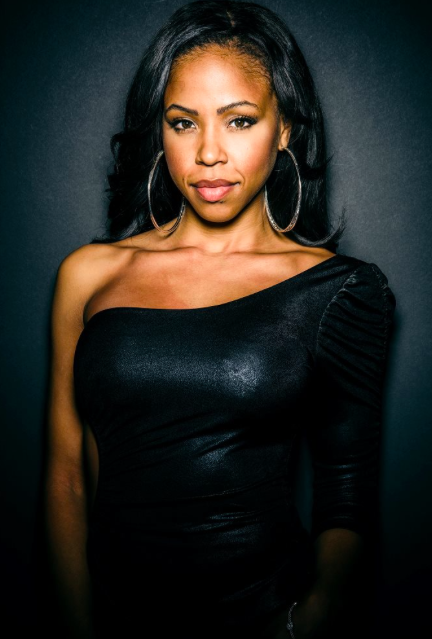 KJ Smith is an actress with a diverse resume and has a real knack for comedy. Even when I spoke with her I found myself not laughing at her but with her. She has appeared in Kevin Hart’s Real Husbands of Hollywood, Lebron James’ hit show Survivor’s Remorse on Starz, and in January she will be in Lifetime’s Whitney Houston bio pic directed by Angela Basset. All of this success didn’t come without her hard work and her ability to jump off the screen. Her delivery makes her stand out and demands you pay attention to her performance. She’s also a co-creator, alongside stylist Vic Styles, of the web series Cheap Chicks appearing on Black&Sexy.TV. At the helm of her own series and a budding acting career KJ Smith is grounded by being grateful and bound for stardom.

What compelled you to become an actor?
I was not fulfilled with anything that I did. I was told to get a business degree. I didn’t begin to see the real possibility to become an actor until after my undergrad degree and going into graduate school. I always found myself drawn to television and the entertainment industry. As a kid I wasn’t really into cartoons, I would watch shows on Nick at Nite. I would stay up past eight to see Lucy, Dick Van Dyke and Bewitched.

What was the moment you knew acting was the right path for you?
I’m actually discovering it now in this year. I’ve been acting for five years and that first year I was just trying to survive. In this moment, I’m more successful than I’ve ever been as a working actor. I had decided that there was no plan B. I didn’t come this far to come this far. All these sacrifices I’ve made I knew that it would pay off and it has.

What have been some of your biggest sacrifices that you’ve had to make?
Currently…it’s my hair! {Laughs} I have a brand to look after and if I come into an audition with a different hair style, then what’s on my head shot, then that will throw off the people making the decisions to cast roles. Overall I’ve sacrificed so much and lost it all at one point or another. I’m the only person in my family to move 3,000 miles away from home. I had this dream and burning desire that I had to seek out and I had to give myself the chance to maximize the opportunity. It is difficult around the Holidays to schedule visits back home in Tallahassee, Florida because I might be waiting on a call back for a role or in the midst of booking a role. I am willing to make those sacrifices because at the end of the day it’s not about me. When my family calls me to encourage me or my cousins ask for advice I’m grateful.

I have to give credit to my older sister who sets a great example. My sister did it first, to follow through to become a reporter like she always said she wanted to be. She showed me you can really follow your dreams, be successful, all while giving in your insight to the next generation.

Is it something in your personality that draws to these comedic roles?
To this day I can’t deliver a joke, but I try my best to bring my personality to the characters I portray. I think it’s innate in me to bring my own comedic touch to the roles. I enjoy comedy more than the deep roles.

In your dramatic roles such as The Therapist, where you play a therapist who suddenly loses everything, what places do you tap into for the heavier content?
Some deep dark places that nobody wants to go to (laughs). I think back to painful experiences where I felt that emotion of anger, desperation, fear etc. and use that in my performances. I know that is a dangerous state of mind when you are dealing with your own experiences, but as of now I do that for my heavier roles. I have been assaulted before and taken advantage of so when I play characters in similar circumstances, I can relate to them and translate that into my performances. It is difficult to be stuck in that space and at some point you have to get out of it. It’s depressing! It’s a relief to be done with those roles because of the heavy subject matter.

Was it a hard decision when you did your first nudity scene in the show Survivor’s Remorse?
No! It wasn’t a hard decision, I love my body and I think it is beautiful. There is nothing ugly about being naked and there was nothing derogatory about the scene. I had many people call me and ask me how I did it and how I felt about it.

Does being a showrunner for your series Cheap Chicks give you a better perspective as an actor?
Being a co-creator of my show Cheap Chicks makes me appreciate the process. I have become more patient and grateful for the support. I appreciate the producers and directors and all the hard work they have to do. Before, I would want to know when a project would be out or how long it will take. After becoming a creator of a show I’ve learned to relax and enjoy the process. Now I’m like, I got this!

How did you get involved in the web series Black Boots?
Geno Brooks, the director and creator brought me in on the project. He likes to bring the same people and the same crew that he knows will bring integrity to the project. We have been working together for several years now.

What are some dream roles that you want to play?
Superhero! I’ve always wanted to play a superhero or either a role like Jennifer Lawrence has in Hunger games or Zoe Saldana in Avatar. I want to play a villain because it would be fun to play a character opposite of my personality. Villains make the hero! They are disenfranchised, angry, and hell bent on going against societal norms. That’s powerful, isn’t it?  That’s determination and I’d love the chance to play a role like that.

What are your future aspirations as an actor?
My immediate goals are to star in a feature film that hits theaters and in the coming years Star on an iconic sitcom. Like Martin, Seinfield or Friends, shows that people know the episode automatically when you bring it up. Long term, I see myself producing my own projects. I want to pick and choose the projects I’m a part of.  I don’t want to be in an audition room five years from now, I want to be the one auditioning people. I want to hire people and give actors opportunities like Angela Basset did for me with the upcoming Whitney movie on LifeTime. I auditioned for a role and did not get it, but she offered me another role because she was impressed with my audition. I was grateful that she saw something in me and allowed me to be a part of the movie.
Where can people reach you and see your work?
You can see me on a new show Man and Wife. Also In the upcoming Whitney movie on LifeTime. And in a National food chain commercial. 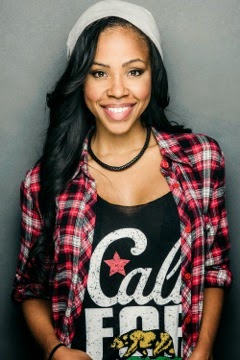