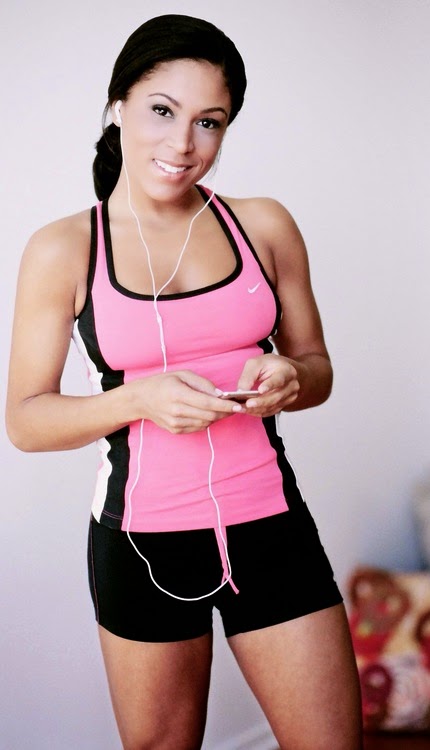 Holly Lowe Jones is a social media maven who pools her skills as a writer and athlete to craft an adventurous career. Her journey to stay fit has led her to be a certified trainer and compete in many triathlons. Currently she’s an account executive for Mood Media and writes weekly articles for Rolling Out Magazine in their Fit Fridays series. Finding a way to mix all of her interests Holly Lowe Jones is paving a path for others to utilize their multiple talents.

What inspires the subject matter of your articles?
For a time I wrote for Yahoo Voices, unfortunately that got eliminated along with my work. Some assignments I had gotten, spoke to me and my interests. The essays where I analytically break down social issues stems from my love for literature. I love to read a lot and last year I was in a Master’s Program in English. I’ve also ran a lot of triathlons, which is a passion of mine. I was a personal trainer for 9 years and I would often and still do write articles on how to maintain a healthy lifestyle and how to exercise right. I’m also a parent as well so I write articles on parenting. There is a certain joy I have when I write that makes me want to continue to do it.

What influenced you to take your fitness more seriously than the average person?
Growing up I had struggled with weight. For my standards I wasn’t at the place where I wanted to be. My dad would get me these aerobics videos when I was, 15 and it helped with my self-esteem. Through my fitness I love helping people, particularly our people in the black community. I love to educate people.

What were the most challenging obstacles you had to face when running your first triathlon?
I have this rock star story! I was doing my first triathlon and I had wiped out in the bike portion. In my months of training I had trained on an indoor bike. And I had trained for this triathlon like nobody’s business. I had borrowed my friend’s bike which was too heavy for me and I had totally fallen during the bike portion of the race. My knees were gushing with blood and my elbows were bleeding. I was in shock and contemplating quitting because when I got up it hurt like hell. Then I thought no! I had come too far to turn back now. That was an important lesson that taught me to never give up. The human mind and body are strong. These triathlons are just as much mental as they are physical.

Tell us more about your Fit Fridays article series with Rolling Out Magazine?
That is one of the more exciting things that I’m doing and it’s a great opportunity. I write health and fitness related articles for Rolling Out magazine. I like the idea of partnering with other writers.

What is a fun activity that you do like to do to stay fit?
I get bored easily, so I would have to say I find triathlons, the combination of swimming, biking, and running is the most exciting.

Currently you are not only a writer but, an account executive for Mood Media how have your experiences helped prepare you for the corporate world?
I worked for Basketball Wives star Gloria Govan as her brand manager for her cook book A Mixed Girls  Favorites Recipes which she co-wrote with Marlena Attinasi. I was also Gloria’s tour manager where I booked appearances for her. I feel blessed being able to blend all of my interests and talents to make a career. I’ve always been in sales and I’ve always been a people person. I find it easier to relate to the world when I express who I am as person and people would connect with the subjects I was passionate about. My skills in social media have helped me build my career and have given me great opportunities. Eventually I want to launch a service that help companies come into the digital age by building there social media content.

Where do you want to go next in your writing career?
I want to finish my Master’s degree and be published in a literary journal one day. I want to build my following on my blog and continue to do more personal blogging. I want to keep developing my Fit Fridays articles with Rolling Out. Once again, I love writing. It is so fulfilling realizing your dream and following through to be successful at it.

Where can people reach you?
You can reach me on Hollylowejones.com and my twitter/Instagram @hollylowejones