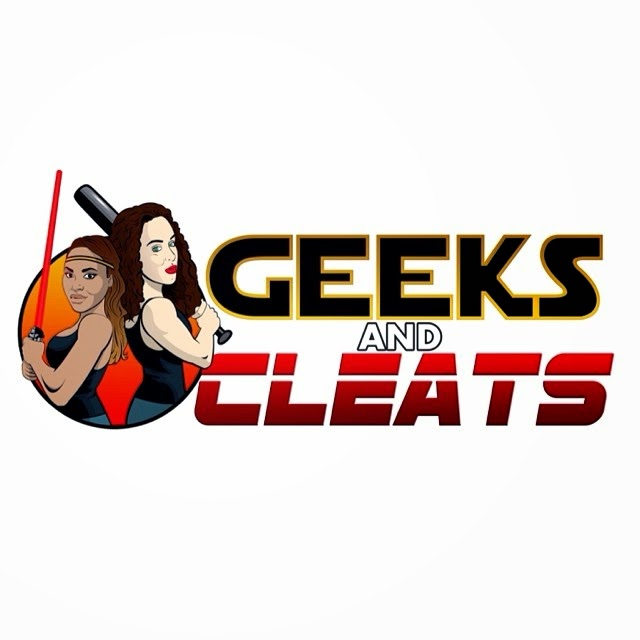 The dynamic duo of Ashley & Erika made the site Geeks And Cleats which has a nice blend of sports and geek culture. Meet the women behind this entertaining site and prepare to be amazed.

How did you two both get your start in covering sports events?
Ashley: I got started after I got asked to write for Black Sports Online, after I had made my own sports website. When I joined BSO it really started my career in live reporting and covering events.

Erika: About 2-3 years ago, I began getting more into the writing aspect. I thought I wanted to do public relations for the music industry, but writing is so liberating and I love sports.

What are some of the difficulties you’ve both faced as females in the male dominated sports journalism world?
Ashley: Basically the expected stigma's one would assume--from men questioning your knowledge or thinking you're a groupie. I know the proverbial 'rope' for women in this industry is much shorter than for men. We always have to be mindful of our conduct, attire and how we speak--you feel constantly watched and judged.

Erika: The opposite sex at times doesn't take us seriously. The whole topic of the bandwagon fan falls mostly on females, so people often think that we just started pursuing this field when in reality, it's been a couple years. But these hardships just further fuel us. Many female reporters feel the need to show skin, but we show our intelligence.

How did you two meet?
Ashley: I met Erika on twitter, we clicked immediately because we're both New Yorkers so we just kinda became instantly friends.

Erika: The best power of networking Twitter! Twitter works and has helped us. We only hope for more success.

When did you begin your site Geeks and Cleats?
Ashley: I began GAC back in late April, just as a desire to run and operate my own website akin to Black Sports Online (I still write for BSO , by the way) but just with the sports and geek entertainment mix. There's very few sports or geek sites ran by girls--and I think we're the only both sports AND geek news site ran by not only girls but people in general.

Erika: Our site is fairly new and so far, we've been getting great feedback.

What inspired you to create the blend for Geeks and Cleats of sports and pop culture?
Ashley: My own personal interests--I’m a very diverse person and I like a lot of topics, so to me it just came natural.

Erika: We wanted to be different. We're no ESPN and honestly, we're not looking to be ESPN. We want to stand out from the bunch and our site's name is catchy so it'll be memorable.

Your spin on sports news can’t be found on ESPN and the same goes with the pop culture news you report. You can’t get that type of spin on E! or any other entertainment outlet. What makes Geeks and Cleats so unique?
Ashley: The fact we stay unique to each topic and that no one topic supersedes the other--we're totally equal opportunity and just as knowledgeable in everything we report. I feel like other sites, when they report something that strays away from their main stories the writing comes off very green and lacking, at GAC we're consistently in-the-know about a multitude of stories.

Erika:  What's makes us unique are our topics. The name alone says it all- geeks and cleats. We cater to both audiences, amongst other audiences. We want to be the go to site for those sport fans who also happen to be geeks.

You seem to have a lot of love for Batman. I like the Bruce Wayne A Day posts!
Ashley: I grew up identifying with Batman/Bruce Wayne--the whole aura and romanticism of Gotham and his origins fascinated me as a kid and I idolized him. From there the interests grew and now I'm a total Bat-junkie. Thank you, the Bruce Wayne a day posts are just my special tribute to 75 years of being with us and getting better while other super heroes decline.

Erika: Our Bruce Wayne A Day posts were inspired to show off the greatness that is Batman. We want to educate people on Batman because all people know are the movies but there's more to that. We also add our own wit to it just to make it more appealing.

Any plans for Batman Day in July, commemorating 75 years of The Caped Crusader?
Ashley: I'm keeping that a big secret…

Erika: We're actually planning on what we're going to do for that.

What has been your favorite event to cover?
Ashley: I really love UFC for some reason, covering it is a joy so I would go with UFC events. The crowd, the fighter's personality--all great.

Erika: Well, right now we're looking forward to Comic Con in New York City. It's going to be in October and we're super excited about it.

Which event would you most like to cover?
Ashley: Hands down, French Open tennis in Paris. Bucket list.

Erika: I would love the opportunity to cover the ESPYs. It seems like a great night and fun filled, especially when the Arthur Ashe award is given.

What do you hope to achieve with Geeks and Cleats going forward?
Ashley: There's a lot we hope for, but we keep that amongst us, but I can tell you is, big things are already on the horizon.

Erika: We have so many plans that we would eventually love to be on the air. That's the ultimate goal.

Ok, time for some word association…

Erika: Hate them all

Erika: It’s going to be great!

Where can people reach you?
Ashley: @girllovesports and geeksandcleats.com of course.

Erika: They can reach me on twitter @curlsandsports or erikageeksandcleats@gmail.com.

You can also reach Ashley & Erika on  Facebook: Geeks & Cleats