The Tales And Vision of Marti Hines & Jasmin Greene: Changing The Narrative Of Hollywood With Women Behind The Camera,Creating Dique Pic Productions And Their Film "Paper Friends" 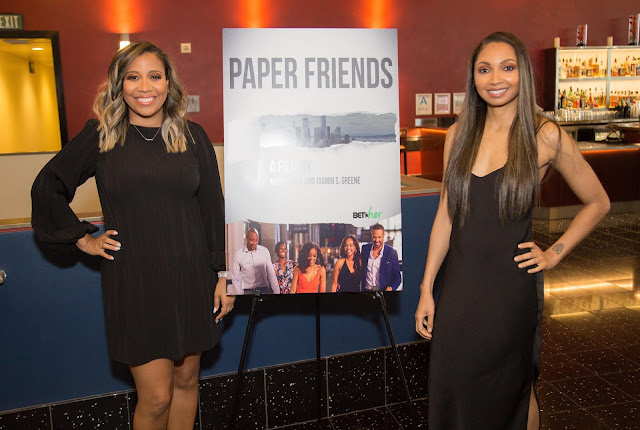 It's no secret that Hollywood is heavily male dominated industry especially behind the scenes. So how do you carve out a space for yourself in the television and film industry? Well you create it and link up with a like minded creative, and that's exactly what  Marti Hines & Jasmin Greene did. Friends from college and continuing this formidable bond into adulthood this dynamic duo made their own vehicle within Hollywood to change the narrative, have a platform to tell stories that resonated with the world, and provide opportunities for women of color and their projects  with their Dique Pic Productions.

I knew of Marti Hines and her current venture WanderLuxxe imprint, a luxury travel experience where guests can get exclusive experiences, and when she reached out to me about the film "Paper Friends" I was delighted. I've always loved exploring the thought process of what it means to create your own niche in Hollywood. Especially when it comes to Black Women whom often get overlooked and cast aside. As we conversed Marti opened my eyes to her business partner Jasmin Greene and what they've done with their production house, Dique Pic Productions. They are two pieces of the puzzle that fit so perfectly together. Both with unique qualities and when they come together they have their shared purpose of highlighting women of color, which is a beautiful and necessary mission point to have in the medium of Filmmaking. 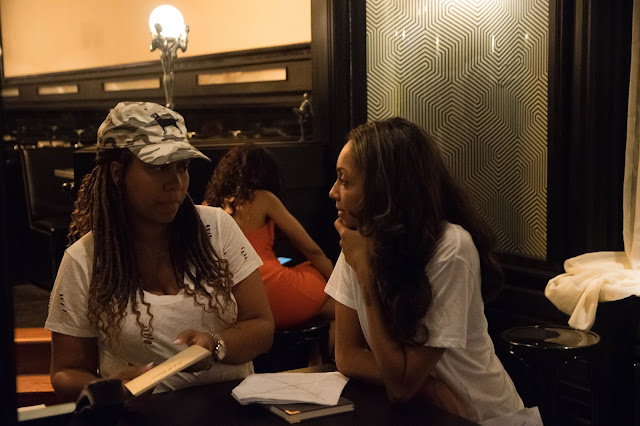 The two of them work so brilliant as a team, setting the tone of their films and how they reflect universal themes through their intimate characters. With 'Paper Friends" it follows the journey of friends from college who come together years later, each going through their own trials and tribulations. It begs the question - Even in later years where you've expected to have everything figured out: What Is Success? Marti and Jasmin do a tremendous directorial effort of making you feel the angst and pressure of figuring out life and they do great with the audience feel the emotional weight and exhaustive effort of keeping up the facade to your friends. The close up shots combined with tense moments and coldly balanced off with scenes of silence which speak volumes. Continue to support Marti and Jasmin and see how they discovered what Paper Friends meant to them and what they want you to take from it.

1.   What inspired both of you to start this production company together? And explain your chemistry  as business partners when it comes to developing projects?

MH: Jasmin and I are sorority sisters from Hampton University, so we have known each for quite a bit of time, deciding to go into business together was an easy decision, Jasmin with the creative chops and my business mind makes for perfect synergy. 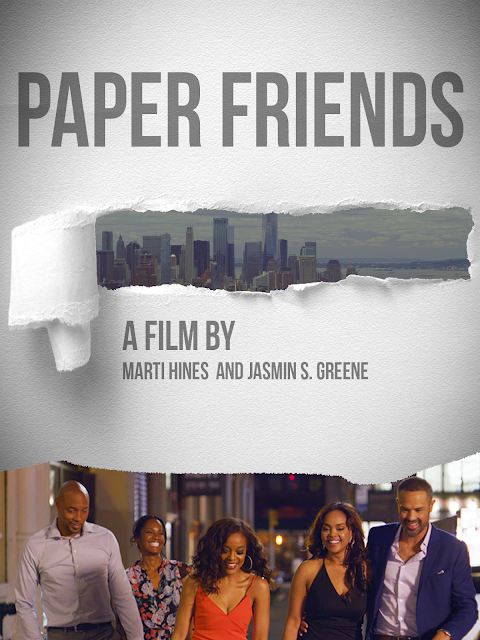 JG: Being in our mid 30s, I have friends that are in all sorts of stages in their lives: married, divorced, with kids, can’t have kids, successful, lack of career etc. I thought it would be interesting to explore how being in different stages in your life at a certain age can affect a friendship.

JG: NY is one of the only places in the world where your evening can start at dinner, go from bar to bar to club to random concert and next thing you know the sun is coming up and you’re hanging with your friends on a stoop. It’s what makes NY so special. I really wanted to capture that energy and movement that is so one of a kind and unique to this city. 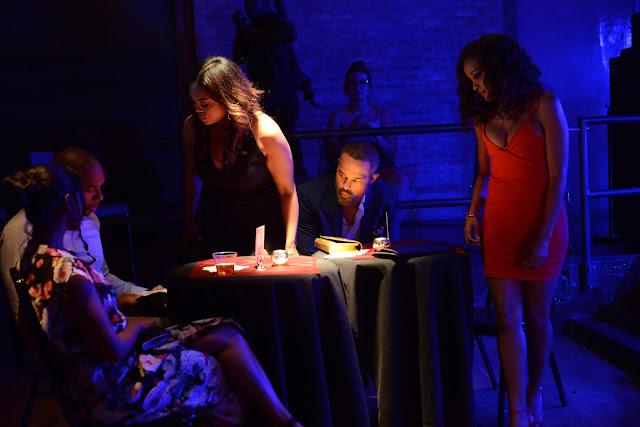 4.               What experiences in your formative adult years did you use to influence the characters motive throughout the film?

MH: we have seen a lot of these characters in our friends and peers mid to late 30s is huge shift in a lot of people’s lives bringing light to those experiences came about very organically.

JG: One of the Characters is a struggling actor at 40. She’s broke but she believes she was put on earth for a specific reason and so even when things get hard she refuses to give up. That message is very important to us-the overnight success took years to make.

6.               How exciting is it for this film to premiere on the new channel, BETHer which is dedicated to women & female led content?
MH:We are thrilled to be premiering on BETHer this is an exciting time to be a female filmmaker and are so happy that the Viacom family is helping to promote this inclusivity.

7.   In the landscape of Production Houses, led by male & female, where do you two see yourselves? Where do you want to go from here? And what stories do you want to tell?
MH: Our production house Dique Pic Productions (DPP) is soley focused on creating content by women of color with strong female leads. We plan on continuing to tell those stories while finding more platforms in which to share them. 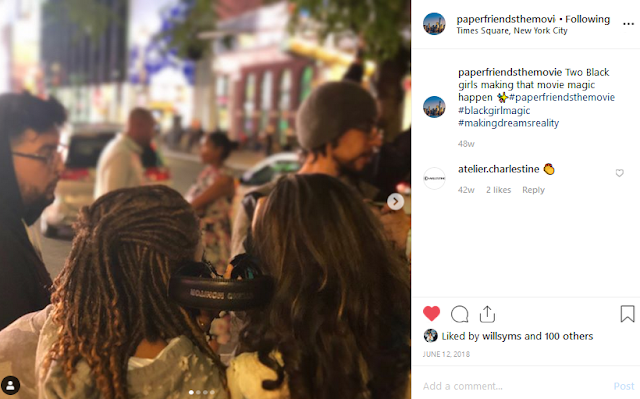 8. What full circle moment or self - realization did oth of you have on the production of Paper Friends?
MH: Sometimes your best intentions, your dreams, take you on a different path. It’s up to you how you let that shape the next step on your journey in life, don’t waste time playing the victim.

MH: I quit my six figure job in DC and moved to LA to get into the filmmaking business 6 years ago, two feature films later I haven’t looked back.

JG: In 2015 I moved to Berlin, Germany and for several years built an entire life there, including having a son born in Germany. I was totally engrained in EU life. I recently moved back to NY a few months ago, another bold move but I believe both of these moves were the right choices at the time and for sure have changed me as a person.
10.         What makes you Regal?

MH: What makes a person Regal to me is what energy you are putting out into the world on a consistent basis. Staying intentional on sending out love and light is what I strive for everyday and with that I can claim and expect to receive it in my endeavors.

11.Through this production of Paper Friends what did you two learn from each other?
MH: every project that Jas and I work on reaffirms for me that I have found the best partner to be on this journey with, to be so different from each other but yet 90% of the time be on the exact same page is a real blessing.