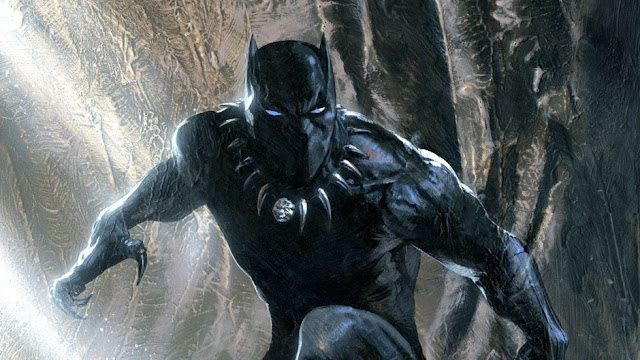 Written by Meagan Faison
After months of anticipation, Black Panther is finally here to take the throne as the must-see movie of 2018. And that’s not just an opinion, we’ve got the receipts to prove it.

The Disney-Marvel film follows the story of T’Challa aka Black Panther (Chadwick Boseman) who is the leader and protector of the rich and mysterious African kingdom of Wakanda. A first for the Marvel Universe, the film has a predominantly black cast which includes superstars like Angela Bassett, Lupita Nyong’o, Forest Whitaker, Daniel Kaluuya and Michael B. Jordan. 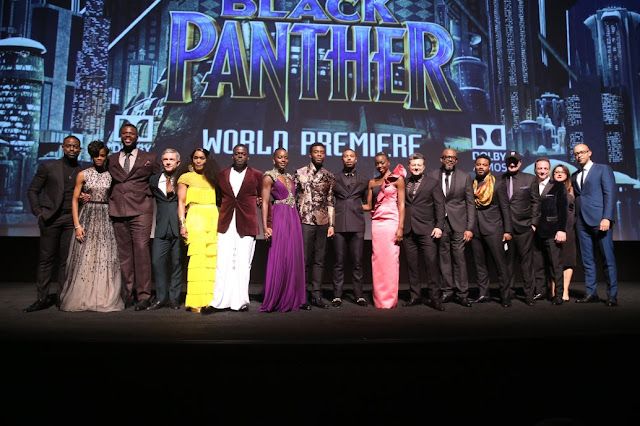 Now back to those receipts I mentioned earlier...Black Panther made its debut in theaters across North America this weekend and is shattering all types of records. According to analytics company ComScore, Black Panther has already raked in an estimated $192 million domestically and $361 million worldwide. That makes it the most profitable February opening and the fifth-biggest domestic opening of all time.

Directed by Ryan Coogler, the movie is also the biggest opening ever for an African-American director. And let me not forget to mention that it’s also a major win for Marvel, as the studio’s second-largest opening after The Avengers in 2012.

Black Panther is even holding onto a 97% score on Rotten Tomatoes, making in the highest-scoring superhero film ever!

Another interesting point to note is the diversity of the audiences that came out to see the film. While most of our timelines were flooded with our friends dressed in their dashikis and all black fits, a report from ComScore showed that there was actually a great balance of cultural support. Reportedly, 37% of ticket buyers were Black, 35% were White and 18% were Hispanic.

The numbers don’t lie, so hopefully now we can look forward to seeing even more diversity in Hollywood’s blockbuster films and casts. And maybe a Black Panther sequel too?

Check out the Black Panther trailer below, and get your tickets now!