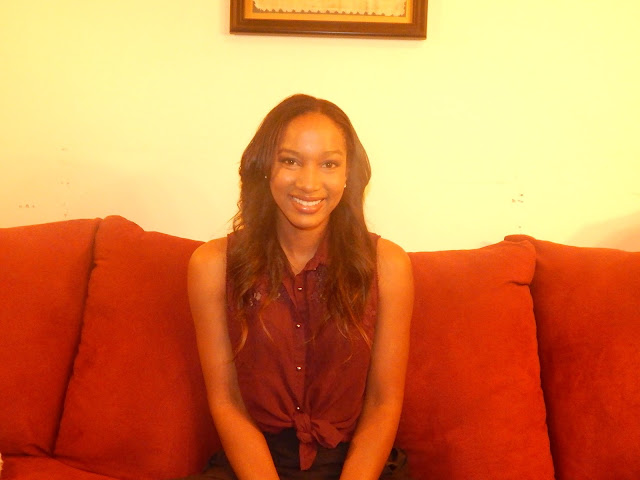 As I was setting up and preparing to interview actress, screenwriter, and director Krystal M. Harris I noticed on her wall she had a vision board. One image stuck out to me, a black and white photo of Audrey Hepburn. Underneath the photo was the world classy in all caps. Krystal M. Harris doesn't only want to be consider among the greats she wants to be one of them. Hailing from Sacramento she has always had that passion to be an actress. Traveling to Los Angeles to attend Cal State LA she graduated with a degree in Dance and acted throughout her tenure there. Seven years of being an actress she's learned a lot and has applied that knowledge to her blog The Industree Standard. She's confident in her own ability enough to share her experiences in the industry so others can learn from it.  She wrote, directed, and starred in the Scandal Fan Film "Impossible" which is a viral hit with over 13,000 views. Only time will tell if Krystal will be one of the greats but she does capture that sophisticated elegance of the iconic stars and does it all with integrity that is unshakable.