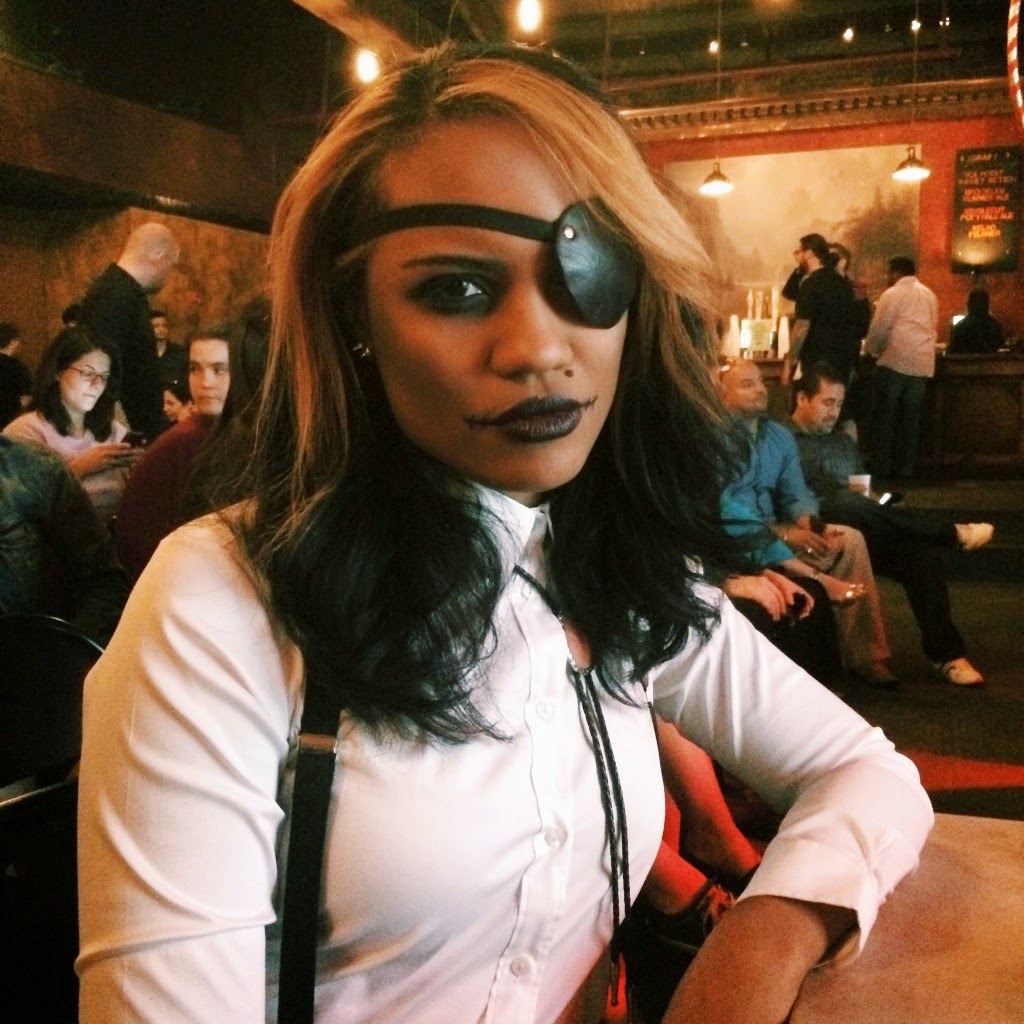 Geek aficionado Jamila has created the thoroughly enjoyable blog Girl Gone Geek where she obsesses over geek culture, help co-found the incredibly cool Geek Girl Brunch, and made the clever Straight Outta Gotham Tumblr. Creating the Girl Gone Geek blog in May of 2010 Jamila has grown to become a geek icon for many.

Hometown: This is a bit complicated since I’m a military brat, but I’d say The Bronx is my home that never moved.

Nicknames: People like to give me a lot of nicknames for some reason. I think it’s because they think Jamila is hard to pronounce, it’s (Ja-me-la by the way). My most common nickname is simply Jay, most of my family and close friends call me that. Then some fun ones are Ham/Hammy/Hamster (long story), Lady Jay (from Lady Day, Billie Holiday) Jamrock, Jayster, Mila, Milz and J-milz are a few.

How did your love for geek culture come about?
It’s always been in my life. My parents like sci-fi and fantasy and anime and my brother is a big gamer. So we always watched, played and read these things. My late uncle was a huge comic book fanboy since he was young, so that’s where my comic love came from.

What compelled you to start your website Girl Gone Geek?
Most of my friends aren’t into geek culture so I never got to talk about it with anyone, which sucks. I started my blog as a way to geek out and talk about the things I was passionate about. In turn, my blog helped me make a bunch of new geek friends so it’s been a win-win!

How did you and your co-founders (Yissel and Rachel) come up with the idea for Geek Girl Brunch?
We wanted to hang out and geek out with fellow geek girls and since most of us also enjoy bacon and mimosas, brunch was an obvious choice. After a few Geek Girl Brunches with our circle of friends, the three of us wanted to expand it to other lady geeks. We know that the geek subculture, although awesome, isn’t always kind to geek girls. With, Geek Girl Brunch we wanted to create a safe space for identifying lady geeks and be themselves, create friendships and hang out.

I like how you’re are avid fan of comic books and cherish the value in them as well.
I actually got into comics late in the game. I lived in Europe a lot and comics weren’t easily accessible so I didn’t start reading them until college but I dove in headfirst. I’m more of an Image Comics and Vertigo fangirl than Marvel and DC. Almost all of the comics I love are either Image or Vertigo, except Scott Snyder’s Batman and Matt Fraction’s Hawkeye. I’m also not a huge fan of mainstream superhero comics. I don’t dislike them, but they aren’t my kinda comic. Some of my favorites are Transmetropolitan, The Invisibles, Sandman to name some older one. As far as an ongoing series my favorites are Saga (of course), East of West, Nowhere Men, Chew, Sex Criminals, Deadly Class and Rat Queens.

In your post "Where are all the women of color  in science fiction?" you talk about how women of color are underrepresented and misrepresented in sci-fi. Why do you think that the case and what can be done to change that?
I singled out sci-fi but we know it's more than just sci-fi; it's everything. There's a cycle tat goes like this, WoC (women of color) reading sci-fi don't see themselves represented, then they either reject the genre because they feel there's no place for them or when the become creators they write stories for white male creators, they tend to write what they know and have seen, and they don't see us. Ignorance plays a part in white male creators as well; they may not realize the importance of diversity in sci-fi. They don't know what it feels like to not see people that look like you in a genre you love. Then of course there's the usual blatant racism and sexism and institutionalized racism and sexism. Racsim and sexism together are like bigotry squared.
What we can do to change the support of WoC and PoC (people of color) creators, whether they are indie or mainstream to help bring their stories to the forefront and more readers. If you're a creator, make sure you're creating a diverse world, on that doesn't just include women of color, but men of color as well, LGBT, people with disabilities, etc. If you're a fan like me, make sure your voice is heard. Demand to see diversity. An email, tweet or blog post can go a long way.

What are some of your comic book, movie, and video game obsessions?
Jeez, I have so many. For comics my top three series of all time are Sandman, The Invisibles and Transmetropolitan. They were what shaped my taste in comics during my early fangirl stages. But current comics I’m obsessed with are Saga, Hawkeye, Sex Criminals, Nowhere Men, Chew, Batman, Rat Queens and East of West to name a few. Doctor Who is my favorite show in all of time and space. I also love Game of Thrones, True Detective, The Walking Dead, Nana, Kids on the Slope, Cowboy Bebop, Samurai Champloo, Attack on Titan, Adventure Time, Akira, Tokyo Godfathers, Ghost in the Shell, Studio Ghibli everything and Sailor Moon. Some of my favorite games are Portal, pretty much anything Super Mario, Journey, God of War, Bayonetta, Kirby, Pokemon and Zelda. That was a lot… I know.

Tell us about your Cosplay Bucket List!
Oh yes, that is an ongoing list. I’m not very crafty and can’t sew for crap but I hope I can get better as I cosplay. For the upcoming New York Comic Con I’m going to cosplay as a femme Space Dandy and I’ll see if I have time to throw together a Lumpy Space Princess cosplay. I’ll probably do my femme rockabilly Spike Spiegel again because it’s so awesome. But some others that are on my bucket list are Gwendolyn from Saga, The Major from Ghost in the Shell, femme Spider Jerusalem and femme Leatherface Joker (to name a few). I really like doing genderbent cosplay.

Would you ever consider writing a series of comic books, graphic novels, or magna yourself?
I have! But for so long I suffered from self-doubt. I didn’t think I was good enough to write fiction, which is really stupid because I never really tried. I wrote a blog post about it, too. But yes, I have a few ideas for some stories. I think I’ll expand on my character Bella Blackheart. I had a lot of fun writing her backstory in a recent cosplay post.
What has been your favorite events that you have covered?
New York Comic Con is fun, it also gives me a chance to write for other sites like Mass Appeal and MTV Geek (when they existed). Also whenever I meet one of my geek idols like Grant Morrison or Neil Gaiman.
What events are you most looking forward to covering?
Love talking about our Geek Girl Brunches! Our next brunch has a Magical Girl Theme in honor of the new Sailor Moon Crystal. We have all these fun events planned and I’ll be cosplaying.
If you had to choose what are three comic books/graphic novels/ magna that you can not go with out?
This is so hard! It makes me feel like I’m telling one of my kids I don’t like them haha. But I’d have to say Saga, Nowhere Men and East of West.
Time for some word association...

Channing Tatum as Gambit: No