The 2022 Sundance Film Festival is set to have an exciting start with the announcement of the the "Beyond The Film Line Up". This is produced by Sundace to have a series of events, talks, and first meet ups between creatives. As well as daily talk show with Fest Director Tabitha Jackson. All of this free to the public on Festival.Sundance.org 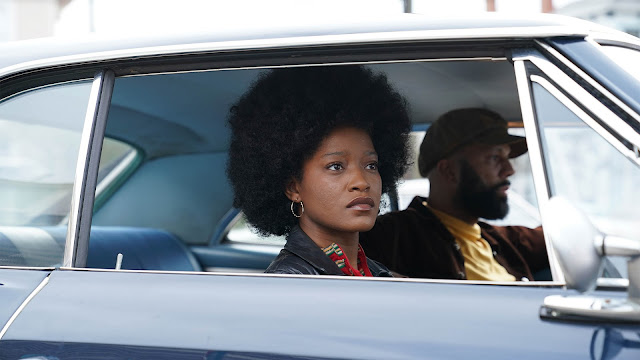 There will be a daily talk show, How to Fest: Daily, a solo performance with multi Emmy Award wining artist, Lynettete Walworth, a preview and conversation with the directors of of "Oscar's Comeback" about film pioneer Oscar Micheaux; Artists Spotlight with XR/VR/new media creators work in the New Frontier section. The Sundance programming will also include  Satellite Screen partners will have, an in person and online, ran during the the last weekend of Festival (January 28th-30th)

The Festival Village ming will also include  Satellite Screen partners will have, an in person and online, ran during the the last weekend of Fest launches with programming on their online "Main Street" and community hub. The Sundance ASCAP Musci Cafe will return for its 24th year.

The Sundance Film Festival’s Power of Story events look to deepen public engagement with the art of storytelling, delve into cinema culture, and celebrate artists whose work propels and reinvents the form as we know it. Presented by Netflix

Exciting boundaryless artists from a wide cross section of creative practices join us to make sense of the boxes artists can be confined to, how the culture shapes these boxes, and the freedom found in exploding them. The fearlessness of these transgressive visionaries is a testament to creative integrity and its unbreakable link to independence. Presented by Netflix.

A series of informal chats brings together special guests for thought-provoking encounters.

Moderated by Hannah Giorgis (The Atlantic)

The Big Conversation tackles science, art, culture, and the movements that are fueling the imaginations of today’s independent artists. A compelling selection of speakers discuss topics centered on the themes of this year’s program and explore broader trends in art and culture around the world. In considering how artists — through their practice and their work — make meaning of the world, we’re reminded that it’s the big conversation that connects us to the big ideas.

Reflecting on how artists respond to what’s happening around the world, this conversation  focuses on electrifying musicians and their creative process heightening the cinematic story through music and ambience. With origins in live performance, this group has expanded their reach to composing for feature length films, animation and musicals, and will be discussing their work premiering at Sundance and beyond.

At this special event celebrating Sundance Institute’s 40th anniversary, we take a joyous look into the rebel histories of award-winning, renowned filmmakers who premiered their shorts and debut films at the Festival. We’ll explore what their stories mean for the future of Sundance, consequent trailblazers, and independent cinema.

THE STORY OF US: RECLAIMING THE NARRATIVE

Legal Scholar and civil rights advocate Kimberlé W. Crenshaw returns to the Sundance Film Festival to moderate a conversation interrogating how censorship, legislation, and storytelling are creating a distorted national narrative, and the crucial role of new cinematic genres in challenging these myths.

Cinema’s fascination with robots and machine intelligence goes back almost as far as cinema itself, even if some of film and television’s greatest characters might not pass the Turing test (though, eerily, others would). Today’s study of robotics, engineering, artificial intelligence, neural networks , etc. yields an array of fascinating applications, new technologies, and complex questions, and the artificial beings once so fanciful to Fritz Lang or Philip K. Dick now involve as much science as fiction. Supported by the Alfred P. Sloan Foundation.

HOW TO FEST: DAILY

Consider this a new part of your morning routine — a way to get your mind right and set the tone for your Festival adventures ahead. Our host, Festival director Tabitha Jackson, will bring together artists, programmers, and film lovers to explore themes that are driving the festival and the projects featured in it. Daily from January 21-25 at 10 a.m. MT on festival.sundance.org.

HOW TO LIVE (After you Die)

Renowned for her crystalline, deeply humane reflections on spirituality, technology, and the natural world, multiple Emmy Award-winning artist Lynette Wallworth turns the lens on herself in the solo performance HOW TO LIVE (After You Die). With tenderness, intimacy, and wry humor, Wallworth recounts her coming-of-age in a radical Christian community and, by travelling through her acclaimed works, charts an artist’s journey to reclaim her voice. This presentation will be followed by a live conversation with Lynette Wallworth and moderated by Tabitha Jackson.

Director Lisa Collins and Co-Director Mark Schwartzburt have created an epic that brilliantly transports black film pioneer Oscar Micheaux into our politically polarized present. Seventeen years in the making, Oscar’s Comeback, features profoundly resonant themes and an incredible kaleidoscope of characters, including Micheaux as the godfather of independent cinema. This special showcase will include a lively conversation with the creators and a sneak peek at  scenes from the 5 hour film.

SUNDANCE COLLAB AT THE FESTIVAL

Sundance Collab is a digital destination for independent artists at all stages of their creative journeys to learn and connect. This global community is a safe and nurturing space of inclusion and belonging. Learn more at https://collab.sundance.org

A candid roundtable discussion with Festival filmmakers about the process of getting their short films made and seen, from conception through Sundance exhibition, and a sneak peek at their films playing at this year's Festival. Following the conversation, we invite attendees to stay for casual networking in breakout rooms.

Creator Meetups feature candid discussions with artists and media professionals around timely and critical issues in the film and television industry, followed by breakout groups where creators can meet and continue their conversations. Join us for a discussion with Sundance filmmakers on how to prepare for, and make the most out of, your first major film festival experience.

Presented by the Sundance Collective

The Festival’s Daily Artist Meetups provide an opportunity for Festivalgoers to meet independent storytellers from the Sundance Institute artist community and beyond. Each session is preceded by a thought-provoking conversation between Sundance Artists and leads from various Institute programs.

Daily Artist Meetup: The Leap From Short To Feature

Featuring: Francisca Alegría (Writer/Director, The Cow Who Sang A Song Into the Future),  Nikyatu Jusu (Nanny)

CALLING ALL ARTISTS: THE CLIMATE CRISIS IS RECRUITING

Presented by Women at Sundance

Artists are urgently needed to interpret the present crisis and imagine a climate-just future. Hear from our recruiters: youth and Indigenous movement leaders, policymakers, and scientists, and join the discussion about how we can work together collectively like never before.

The past two years have incubated new and evolving movements in the media arts system, creating pathways to a radically aspirational future. In this participatory worldbuilding experience, step into a portal to that future with artists, activists, and industry members. Together they will share prototypes, provocations, and artifacts from an imagined future media-arts ecosystem centered in justice, abundance, and joy.

Our Artist Spotlight series brings New Frontier artists into conversation with audiences about their provocative works and artistic practice in stimulating, informative, and engaging ways.

Online, The Spaceship’s Cinema House will host Artist Spotlight presentations by each of the New Frontier artist teams. Afterward, artists will be available to mingle and engage in conversation with audiences.

New Frontier Artist Spotlight: This is Not a Ceremony

New Frontier Artist Spotlight: On The Morning You Wake (To the End of the World)

Once again, Festivalgoers who are attending The Spaceship can spend a night on earth in Amsterdam, at IDFA DocLab’s interactive playground do {not} play.  Experimental soulmates from the beginning, 2022 marks a sweet sixteen birthday for both New Frontier & IDFA DocLab.The Spaceship Filmmaker Receptions, online parties which will take place Jan 26-27, and are designed to enable filmmakers to meet their festival wide audiences.

The Sundance ASCAP Music Café returns to its virtual stage in the Festival Village, marking its 24th year celebrating the discovery of new musical voices and film’s marriage of sight and sound. From January 21 to 24, the Café will feature two days of musical performances from acclaimed talent and rising stars and two days dedicated to ASCAP Screen Time conversations with top ASCAP composers and collaborators from around the globe. Musical performances will include The Unofficial Bridgerton Musical creators Barlow & Bear, six-time Grammy-nominee Brandy Clark, award-winning actor/singer Evan Rachel Wood and Grammy-nominated guitarist/singer-songwriter Zane Carney as EVAN + ZANE, three-time Emmy-nominated Only Murders in the Building composer Siddhartha Khosla and more. Additional information can be found here.

Daily programming, panels and events from partners will also be available at: https://festival.sundance.org/village/