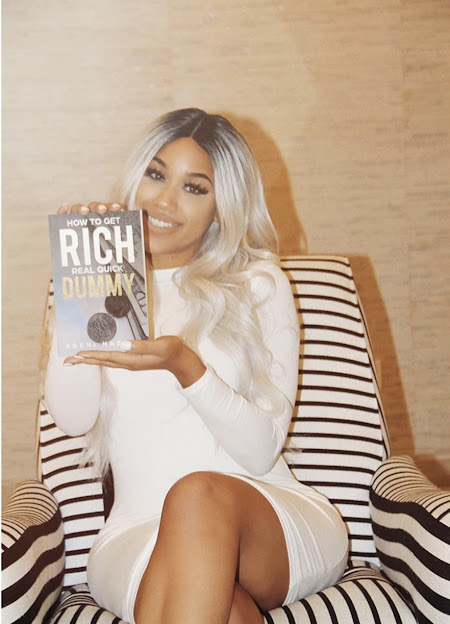 Written by Evan L. Jackson
With Abeni Nazeer there is an earnestness about her that is endearing and enduring. When I first met her outside the offices of the NACCP Image Awards Media Credential department she was so unassuming. Casually saying she's a director. She was being modest, she is a visual savant when it comes to the art form of film. If its a music video or a full length film she approaches it the same way: all in and creatively locked in. Meeting her, I also met her father, Seven Nazeer, with Abeni at the helm he helps in her projects and films as there is a familial feel to all her productions. Nobody feels left out. Sophia (we feature her as well, check it out) and her work together on projects and films. Abeni is all about uplifting women behind the scenes and this is exemplified with her team.  Abeni's laser focus on the task at hand doesn't negate the life and fun she brings on set. Often giving her viewers a sneak peek of behind the scenes on a project, film and/or music video. A candid moment that reminds us all to enjoy your life's work. How awesome is Abeni's life? She never tells you, she shows you.

Abeni's creative streak continues with her being a published author. Giving a how to on running a business and making sure your money is right in: How To Get Rich Real Quick Dummy. Giving real world examples and even giving anecdotes on her business portfolio she doesn't drown in it high fluent verbiage like most business books do - she gives it to you straight and how to get your money up. This is refreshing and a staple of what grounds Abeni. When she speaks you MUST listen because it will make you wiser, make you laugh and keep you informed. Inquiring about her style I was taken aback at how to describe it and she simply said "I don't want a style". Lamenting she wanted be known for the love she put in to the work - be it a featured full length film that she's developing or a music video she's directing in her hometown in Baltimore where she's a hero. She is so cool and humble about her efforts though that the praise or the criticism doesn't faze her. She will continue to to frame people's stories through the medium of film and we are all better for it.
Instagram: Abeni Nazeer
Director Instagram: Director Abeni Nazeer
Get Rich Real Quick Dummy Instagram: Author Abeni Nazeer
Buy The Book Here! Get Rich Real Quick Dummy
Sophia Ritter & Abeni Nazeer Interview!