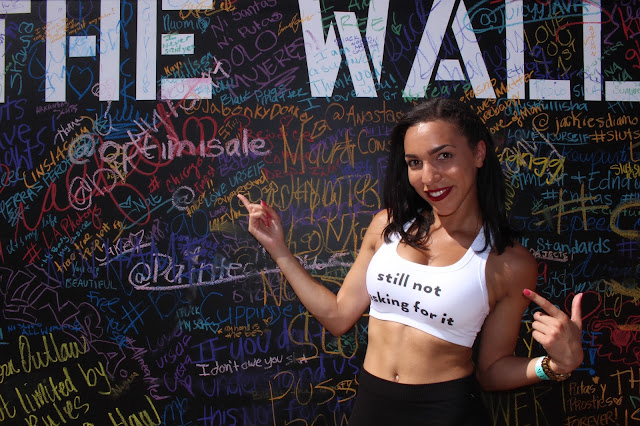 Amber Rose in her SlutWalk press conference spoke on how she got so tired of the media associating her with men in the entertainment industry claiming that she had sex with them and labeling her a slut even though she hadn't even met some of these men. At that point she decided to not give a shit what people thought of her. She wanted to use this new found freedom to empower other women, to give them that same feeling. She did that with the SlutWalk. This year it was at Pershing Square in Downtown Los Angeles, California. Some would ask, if Amber Rose feels the word "slut" and other derogatory terms is so damaging to a woman's reputation and life then why does she call her self that or why does she encourage other woman to own that word? Sometimes when you flip a word on it's head, when you embrace it you take the meaning and sting out of it. When you own that word you take power away from it and away from the people who want to impute those labels on you. As as society we are drenched in male privilege everyday, not only affecting men, but women who believe in old tropes and stereotypical patriarchal ideologies that prevent true progress. So I wrote a few lessons I learned from the SlutWalk that will help you drop your male privilege like a bad habit! Women have the right to own their sexual prowess, to speak up about their stories of sexual assault, to speak against misogyny & double standards, and emphasize in all scenarios "No Means No".


When You See Someone Dressed In Revealing Clothing  Don't Judge or Ogle, Accept 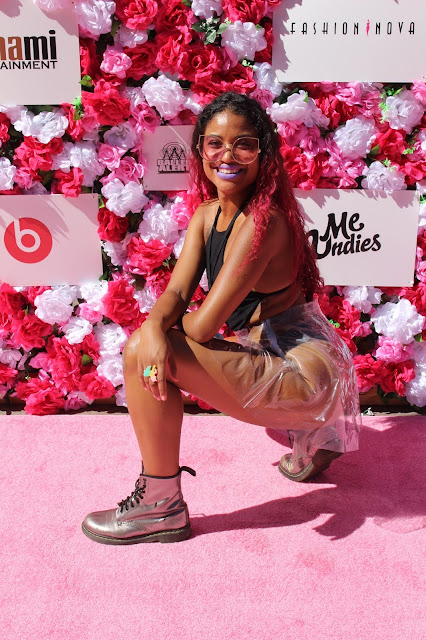 When I first stepped into the Amber Rose SlutWalk there was a flurry of people rushing to the "pink" carpet, the SlutWalk's version of the red carpet, and I noticed one woman. She had a one piece bathing suit with a clear plastic skirt. Many men flocked to her and women would whisper "look what she's wearing" but she wasn't bothered by all the attention. Amber Rose implored the SlutWalk is a judgement free zone and even had a "Wall of No Shame" placed in the middle of the venue where people could write their positive messages. So please don't awkwardly stare at women at the SlutWalk. Go up to them, speak to them, and know what they are about. 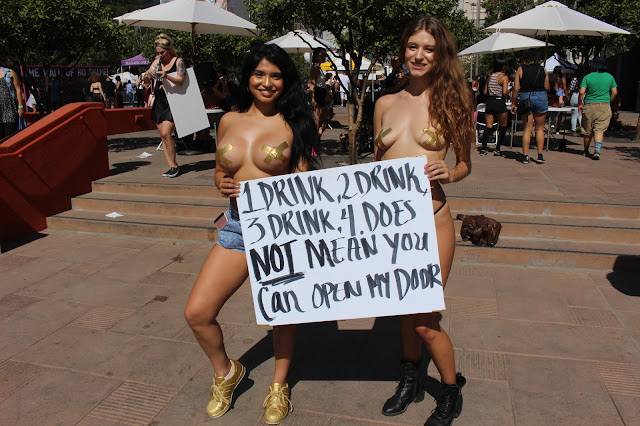 Yes, there were amazing looking woman at the SlutWalk with barely anything on but they weren't there for your amusement. The SlutWalk is and will continue to be a safe place for women and men to wear whatever they want. As Amber Rose said and others say respecting a woman's right to her privacy is important and no matter what she wears she's never asking to be grabbed.

The LGBT Community Is An Ally In The Fight For Equality 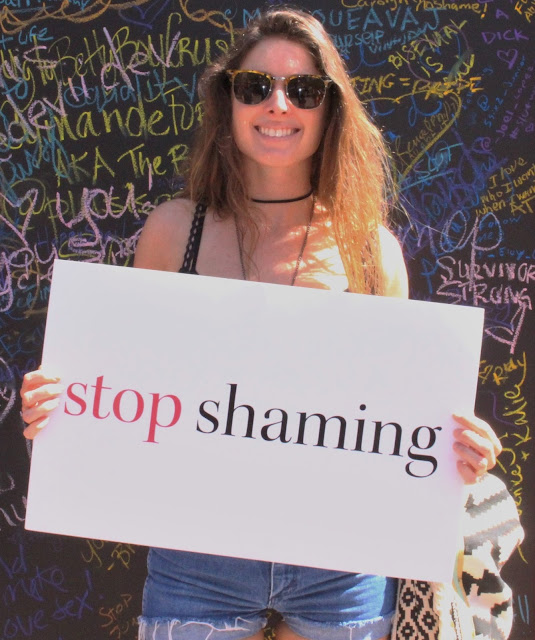 If you're truly about equality for all then you'll wake up and realize the LGBT community isn't a threat they are an ally in this for justice. You can disagree with someone's lifestyle but outright shaming there for living their life is unacceptable. One of the main platforms of the SlutWalk is to empower women and the LGBT community. This walk is about striving for gender equality and doing away with the labels that marginalize people.

When A Woman Tells You Her Story of Sexual Harassment, Sexual Assault, or Sexual Violence Listen, Learn, and Respect The Way She Handles It


At The SlutWalk Conference at the Four Seasons Hotel I asked Amber Rose what was the most profound moment she's had with a woman at her Walk. She gave a chilling answer with members of the press letting out a gasp. I learned when a woman tells you her story of sexual assault you have to listen and learn from that moment. You take that lesson and apply to how you can do better as man in not only your actions but your peer group in relation to women. I also learned you can feel outrage or sorrow but respecting the way the woman handles it going forward is priority over everything. Be mindful that she went through this experience alone, you can be supportive but remember she's dealing with it differently than you probably would. 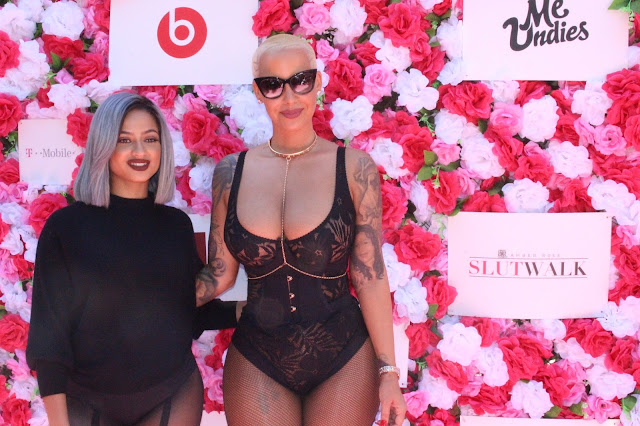 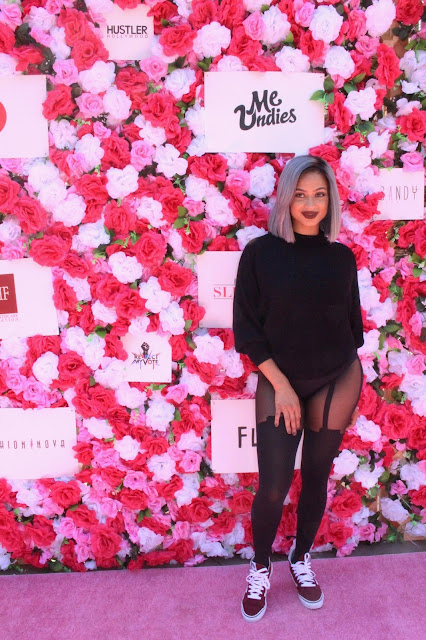 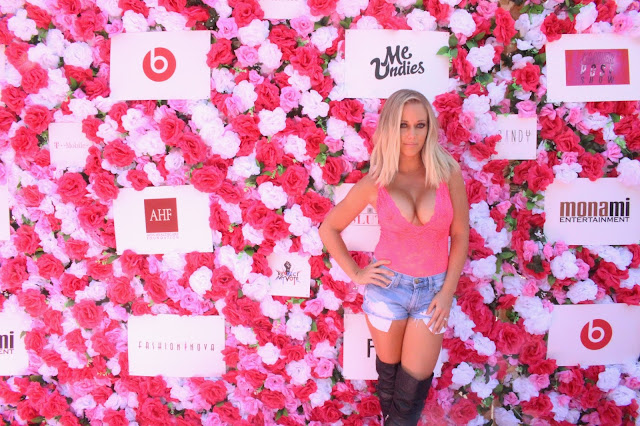 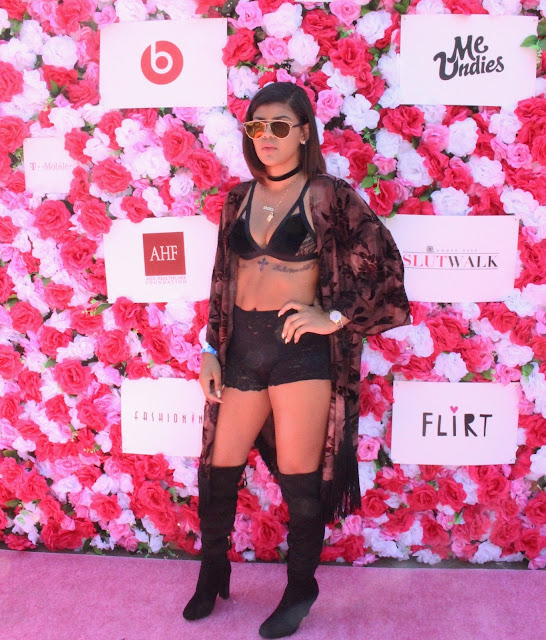 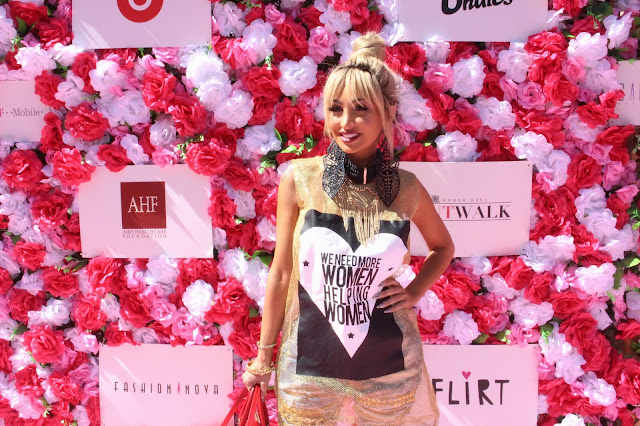