John Boyega| The New Kid on the Block


John Boyega| The New Kid on the Block 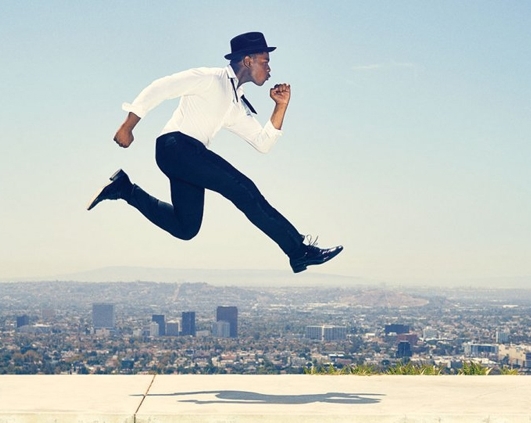 Many of us have come to know John Boyega as his character Finn, from Star Wars: Episode VII - The Force Awakens.  A chronological sequel to 1983’s Star Wars: Episode VI - Return of the Jedi.  Finn is a Stormtrooper for the First Order, who leaves the fascist military power after witnessing their cruelty in his first combat mission before joining the fight against them.
The twenty three year old British actor was recently nominated for BAFTA EE Rising Star award.  In Star Wars: Episode VII - The Force Awakens, he stars alongside both old and new generation franchise renowned actors such as Harrison Ford, Lupita Nyong'o, Daisy Ridley, Carrie Fisher, Mark Hamill, Oscar Isaac, and Adam Driver.
Boyega got his first preponderance of public awareness when the film’s trailer was released in the early part of 2015.  Some of the millions watching on YouTube questioned why a black actor was portraying a Stormtrooper.  Boyega’s response was a gracious but straight forward Instagram message: “Get used to it.” 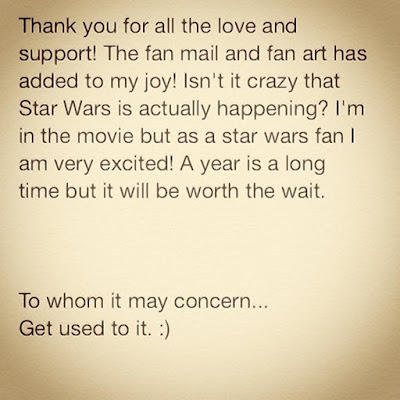 V Magazine| asked Boyega of his thoughts regarding the negative reactions and he replied: “It was unnecessary.  I’m in the movie, what are you going to do about it? You either enjoy it or you don’t. I’m not saying get used to the future, but what is already happening. People of color and women are increasingly being shown on-screen.  For things to be whitewashed just doesn’t make sense.”
Boyega's leading role as Finn is not his first acting experience. He was first observed by the Artistic Director of Theatre Peckham, Teresa Early, who saw him act in a primary school play and invited him to join the theater school for talented children between the ages of 9 and 14.  He attended Westminster City School as a teenager. Boyega was a performing arts student at South Thames College in Wandsworth and was active in theatre productions there, including the lead in Othello in 2010.
He became famous in the United Kingdom in his film debut for his role in the 2011 sci-fi comedy film, Attack the Block.  He played Moses, the leader of a gang who mugs a woman before helping her to safety as monsters chase them through the high-rise tower blocks of Brixton.  Boyega was chosen by Fionnuala Halligan of Screen International as one of the "UK Stars of Tomorrow 2011" and appeared alongside two other actors on the front cover of that magazine in its July 2011 edition.
He also appeared alongside Oscar nominees Chiwetel Ejiofor and Thandie Newton in the 1960s Nigeria-set Half of a Yellow Sun (2013), a historical dramatic film adaptation of Chimamanda Ngozi Adichie's book .  He will soon be seen in the British indie drama, Imperial Dreams (2014).  Boyega will portray a reformed gangster, newly released from prison, who has his determination tried as he attempts to begin a new life.

“All the films I’ve done have had a secret commentary on stereotypical mentalities.  It’s about getting people to drop a prejudiced state of mind and realize, ‘Oh shit we’re just watching normal people,” says Boyega. He believes that his career has attested to his avoidance of stereotypical characters that black actors frequently take.  Part of this desire to destroy biases stems from critical public reactions to his childhood in a part of London associated with crime and gang culture.

“People write about how I grew up opposite where Damilola Taylor was stabbed,” Boyega says. Taylor was 10 when he was killed on the North Peckham Estate in 2000. “As if that’s my story.  Absolute nonsense. I spent most of my time dancing and acting. Guns and knives mean nothing to me. I had a multicultural society to take advantage of. I worked hard and ended up where I am today, walking into the most beloved franchise in movie history."
As Star Wars: Episode VII – The Force Awakens approaches the two-billion dollar mark at the worldwide box office and continues to set records, Boyega has certainly solidified his place in the franchise.  Disney and Lucasfilm are producing new Star Wars films to release every year in the conceivable future.
December 16,  2016, opening the same holiday weekend as The Force Awakens did in 2015, will be the first live-action anthology spin-off for the franchise, Rogue One: A Star Wars Story. No title has been announced for Star Wars VIII  which is scheduled to show in theaters May  26,  2017, but John Boyega told Vogue , "I will return as the First Order Stormtrooper turned Resistance hero and I'm already having to keep tight-lipped about Finn’s next adventure." 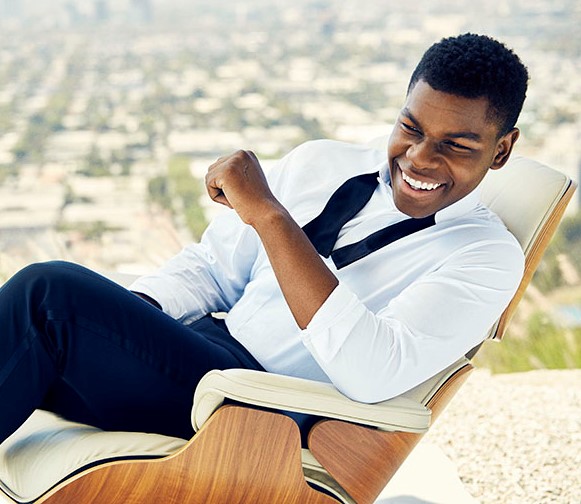