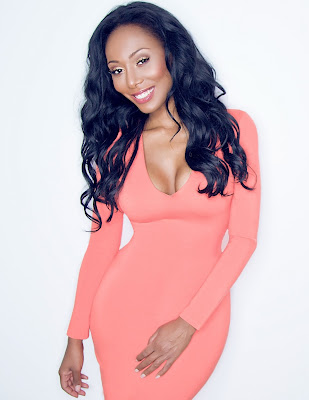 Phoenix White is an accomplished photographer to the stars, a director, producer, and author. Her greatest achievement though doesn’t need a title, with being an inspiration and inspiring others. As a motivational speaker and life coach Phoenix White says what’s on her mind and imparts her jewels of wisdom via her At First Light inspirational series. Speaking with her I sensed a calmness in her spirit. Her confidence and belief in herself is so strong no situation good or bad can take her away from, as what she says, ‘walking in flow’. Her incredible journey takes a life-changing shift when she has brain surgery and contemplates life. She had come back with a deeper appreciation of life and jumped into incredible opportunities like creating her brand EmkronStudios and writing her book Redefining Strong. Phoenix White rewrites her own story and defines her version of strength to be reborn as a creative talent. Her ability to create has culminated in her stellar career in photography and film. But once again her greatest gift is her perspective on life and as Phoenix reminded me herself, you don’t need a resume to inspire people.

You stated one of the defining moments of your life was having brain surgery. How do you think that changed the trajectory of your journey and your outlook on life?
When you have a situation where you can possibly die it makes you look at life from a different perspective. You start to think am I doing what I’m supposed to be doing while I’m here and am I fulfilling my purpose. It starts to trigger questions like that. During the surgery I felt at peace. I felt that I had done what I was supposed to do, I’m a good person, and I did the best I could with what I had. When I came out of brain surgery and I woke up I thought there were so many things to be thankful for in life. I began to get excited and focused living my life purpose as well as doing the inner work needed on myself.

You seem very at peace with what has transpired in your life, with situations that were within your control and those that weren’t. How did you come to that place?
I think when you start to have an inner peace you get to a point that you understand everything works together for your good. You start to look at things and realize ‘I’m exactly where I’m supposed to be.’ I believe when you start fighting against the flow of life trying to force yourself into where you want to be, it causes a rift or delay in your progress. I stopped trying to force things to happen or feel guilty about where I am, haven’t gotten to or what I haven’t done. I focused on being present in the moment and it made my life way more peaceful and way less stressful.

How did you get started with photography and tell us more about your Emkron Studios brand?
Honestly Emkron came at a time where I was looking for something that I could do that I was good at and actually loved. People have always told me, even in high school, to take photos and design because that’s something I’ve always been good at. I went ahead and said I would do it, but it was supposed to be a very temporary in between sort of thing. The name Emkron came from watching the X-Men. I did some research into X-Men and when I looked up the white Phoenix, looking back into the history of X-Men, I found out she got her powers from the city called Emkron which is built out of crystals. Which is ironic because I love healing crystals. I thought wow, Emkron heals and this is where my creative power lives. It’s the umbrella for everything that I do.

Along with being a celebrity photographer you’re also a director and producer. What are some of the projects that you’ve done that you’re most proud of?
Every project I do I’m proud of it when it comes to directing and producing, but I have to say that the projects that I do for myself I’m most proud of. I’m not with a big production or I’m not with a big huge crew like when I work with huge companies like when I did HBO or VH1. But I did something that was placed on my heart to do that has true purpose and takes a lot of work and consistency. I have a weekly inspirational series called At First Light and I love how much it’s truly been embraced.

Why did you start theAt First Light inspirational message series?
I started At First Light as an outlet where I didn’t have to be so perfect. I could express myself and help people to grow just like my book. Talking the way I talk and just being myself saying whatever I want to say, the way it naturally comes to me. It’s not real Hollywood it’s relaxed, no pressure and I can express whatever's on my heart without being censored.

When did you discover your “light”, your passions?
I feel like my passions change because I don’t have just one. I want to empower, inspire and help people to heal, and grow. As far as my job, I just walk in flow. Some things I don’t know I’m passionate about until I’m in them and I start doing it. Then I’m like ‘I love this!’. I never thought of being a director or a producer in my life, but when someone was like ‘would you direct this?’ it was something that was naturally in me and I was good at it. Same thing with being a Talk Show Host, I never thought I would be a Talk Show Host. But after doing an interview at Black Hollywood Live, they ended up keeping me for ten episodes. It was fun. So now I just go with the flow, embracing new opportunities. If I can create, then I’m good. I love creating, bringing visions to life, and seeing things in people when it comes to photography & film. I love pulling out the essence of that person’s spirit.

How did you get involved with Black Hollywood Live and co-hosting the show Let’s Talk AboutSex?
Spicy Mari asked me to be a guest to come talk about my book. When I went to be a guest we started to talk about more things other than just my book. I feel like they all liked my perspective and it was little different from everyone else. So I kind of just fell into it and thought it was fun. I went on to do ten episodes, went to do Match Made In Heaven, and then came back to do a couple more episodes. On the show Let’s Talk About Sex we really didn’t just talk about sex.Yeah we would go to it and dabble in it, but a lot of times it was about real issues whether it be dating, sexuality, and identity. It really covered a broad spectrum when it comes to relationships and I really loved that perspective.

Why do you think still in 2015 sex is such a taboo subject to talk about?
I think it becomes a taboo subject to talk about because of religion. I think a lot of religious perspectives have made sex kind of like this bad thing. Even married couples who are religious don’t teach or touch on having a great sex life with your partner even when you’re married. Or being the word sexy, I’ve found that it automatically is looked at in a negative light. But can be a beautiful spiritual experience. Yes, there is a part of the world that’s incredibly oversexualized. But then when it comes to being classy or poised it’s not something that people travel into or talk about much.

What is your dream project?
I would love to work with Oprah Winfrey. I love what she stands for and her productions whether it’s Super Soul Sunday, a Talk Show, or whatever it is she teaches people. Even her life class tours and future projects have to deal with healing and growth. It’s done in such a beautiful way and it’s done with honesty. I don’t feel like she’s trying to be something that she’s not and she does it in an authentic way. I would love to work on a Life Class Tour, Super Soul Sunday, or even do my own show where I’m sitting down and I’m having conversations with similar people so that I can reach a younger generation.

What is the boldest thing you’ve done in your life yet?
I would say taking the responsibility and title of being a life coach, and motivational speaker and helping people to elevate is the boldest thing I’ve done so far. And I say that because when you start to call yourself something there’s a responsibility and pressure that comes along with that. It’s something I ran from because I didn’t want to be placed in a box and I didn’t want to be responsible for people if they failed or not. I was afraid that I wouldn’t be good enough in the aspect to hold everybody up. When I made the choice of stepping into this with both feet it was scary for me. But I decided to not think about what other people may think, or about a title or a role, I didn’t focus on trying to be perfect.

What are your future aspirations?
My life is truly a product of walking in flow. I don’t make a lot of plans for anything anymore; because most times when I do it, it never really go that way. So my thing now is just to walk in flow, do what I’m called to do, and be sensitive to what I hear in my spirit as direction.