Ambitions of a Writer 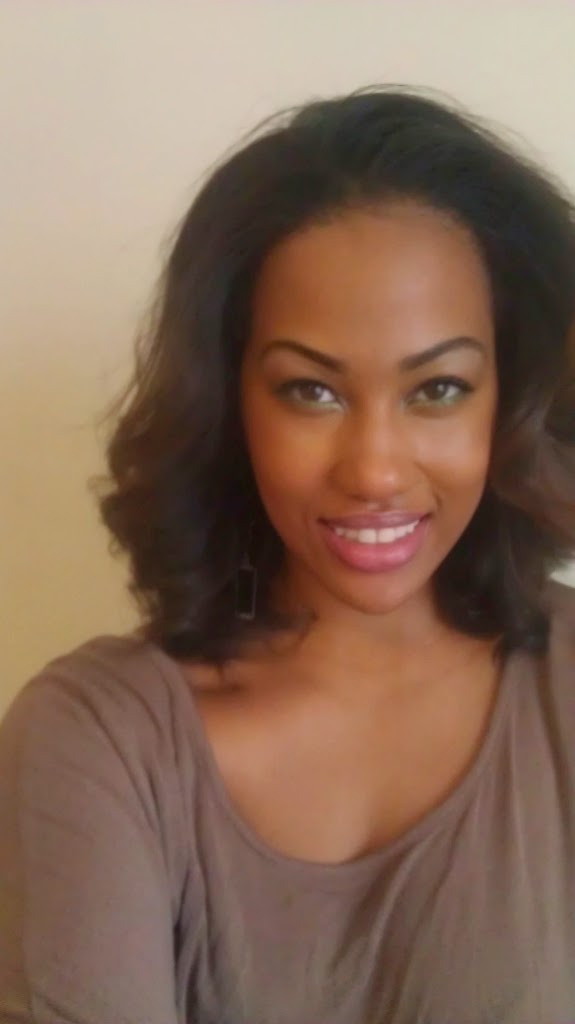 When I spoke with screenwriter and web series creator Chantel Johnson her voice was filled with life and an insatiable ambition. She has the type of confidence that automatically makes you confident in her dreams. That, yes, she will ink those deals to get her written projects on TV and she will become executive producer of not only TV shows but possibly films. What makes Chantel so driven and determined is simply her will to dream and to turn that kernel of an idea she has into an actual reality. Chantel is from New Haven, Connecticut and she made the gutsy move to leave her hometown behind and go to Atlanta. Since she's been in Atlanta she has established herself as a screenwriter and the creator of the web series Celibate In The City. A series that has a light comedic touch with it’s fair share of drama when a woman decides to be celibate for the summer and the tales of how she balances that with being in a relationship. Celibate In The City is currently in post production and will be available on YouTube soon. The edginess and quirkiness of Celibate In The City can be attributed to Chantel’s unique voice as a storyteller. I know she has many more projects to write and TV shows to offer this world and I only hope you realize the ambition of this writer, storyteller, and future mogul.

What sparked your interest to enter the world of film?
First, I always knew I wanted to be a writer. I knew that I wanted to write creatively, but I initially thought I was going to be a magazine editor. However when I moved to Atlanta, I met a guy and he found out I was a writer and asked me if I wanted to write this web series with him and this was 2011. I was thinking I don’t know much about screen writing so I read a book on screenwriting and worked with him. I discovered that I love telling stories in this form and that sparked my interest in film.

What inspires you as a screenwriter when you have an idea for a script?
I would say life and my curiosity. For my web series Celibate In the City my life inspired that because it came from something that I did. Other scripts that I have are not based off of things that I’m living. Most of the things I’m curious about are the things that I want to see. I’m pretty much a selfish writer in terms that I write about things that I want to see that might not necessarily be out there.

As a storyteller and screenwriter what do you think makes a great story?
For me, what makes a great story is that it is relatable. I like to feel like it’s real, even if it’s sci-fi or horror. I pay attention to everything when it comes to a good story and a film. From the camera angles, to the lighting, and certain choices that people who aren’t into film might not get. In film everything matters in storytelling.

Tell us the story behind your web series Celibate In The City. And what sets it apart from other web series?
In 2010 I decided to be celibate for the summer and in the series the main character is celibate in the summer. So I decided to journal my experience. I didn’t decide to be celibate because I was super promiscuous; I’m just a regular girl who likes to have her fun. I found a lot of funny things were happening when I decided to be celibate. Guys came out the woodworks! I was like, where did you guys come from? And where were you when I wasn’t celibate? I found it more challenging than I thought it would be. I thought it would be easy, but it actually wasn’t. The basis of the web series came from that however her story is completely different from mine. So far just one episode is based off my life.
I feel that I have a unique voice as far as my writing and I want to hone that in more. When I first began this show I wanted it to be real. I wanted the main character and the characters to be quirky and different. I don’t like to do stereotypical views of a character and I was thinking a little bit outside the box.

What do you want the audience to take away from Celibate In The City when they see this series?
Since the show is called “Celibate In The City” everyone cringes and thinks I’m preaching celibacy or the show is religious. When in actuality I’m not really preaching celibacy. It’s about a girl finding herself and learning her worth. More than anything she’s taking a break from sex to get back to her, figure out what she wants, what she doesn’t want, what she’s settling for and what she will and will not do. This show is about learning and loving yourself. I really want people to be reflective of why they are doing the things that they’re doing.

You are currently in post-production for Celibate in The City, what are some of the challenges you’ve faced to get your vision out there?
Literally everything was a challenge. Casting was a challenge, filming was a challenge, finding my crew was a challenge, and getting money to film the project was a challenge. It’s hard when you’re a newcomer in film, don’t have many connections, you don’t have a crew and you work a 9 to 5. Also its a challenge if you don’t have the funds to produce a show that you originally envisioned in your mind. Even now, with re-filming the series, the quality is better and the actors are a better fit, but when I wrote it I had a bigger vision for it. I’m very critical of what we have now, I think it should be on TV but I had to start small. It’s hard but if you want it bad enough, you’re going to do what it takes. We’ve had so many obstacles, but I’m not going to give up on this project. I think it’s a show that people need to see, like a show that belongs on Centric TV. Even if this isn’t the show that’s going to make it my next show is going to.

You tend to emphasize positivity in your work, why is that important to you?
I had been a negative person for years and was unhappy with myself, then one day I decided that I needed to change. I took the necessary actions to becoming a whole and healthier me, I hired a life coach, read positive books and listened to motivational speakers. It's an ongoing process, but I constantly dedicate myself to it because it's so easy to slip into a negative frame of mind.

Atlanta has grown to become a city that is booming when it comes to entertainment. Where do you see yourself in the industry there?
I am questioning myself about that right now. Yes, Atlanta is a booming industry, but I still haven’t made that many connections. I’ve met people and had opportunities they are a part of reality TV, but that’s not what I want to do. I don’t want to start branding myself in that direction. So I’m really trying to figure out my place in Atlanta as far as film that’s why I’m considering making the move to Los Angeles.

What is the boldest thing you’ve done yet?
The boldest thing I’ve done was make the move to Atlanta. I’m from a city where people don’t leave and MOST people don’t dream big, they aim low and get it. It sounds cliche but I moved to Atlanta with one suitcase, $150 and a dream. It’s now going on my fifth year here and I’m so glad I didn’t let fear keep me in my hometown. I advise anyone with dreams bigger than the city they’re in to MOVE. That leap of faith led me to many opportunities and many more for sure.

What are your future aspirations?
I’m a person of many interests and I love to write, however I don’t want to be put in a box where I’m just a screen writer. I feel like if I limit myself to just one thing I’m going to be miserable. My goals are to continue to be a screenwriter and I would love for my next show to be on HBO. I would want to do something similar to what Shonda Rhimes does. I don’t want to necessarily write all the shows that I’ll help create but I would love to be executive producer. I love kids and currently work with them. I wrote a children’s book which I’m looking into being published within the next two years. It is a positive affirmations book for girls. I guess self-esteem is my platform.
When I’m older I would like to have my own wine business because I love wine. I’m going to start a lifestyle blog soon too because I said I wanted to be an editor and that’s still in me. On top of all that I want to get married and have kids.

Where can people reach you?
People can reach me on Instagram: @ellechantel
Twitter: @elle_chantel
My blog should be up within the next month. 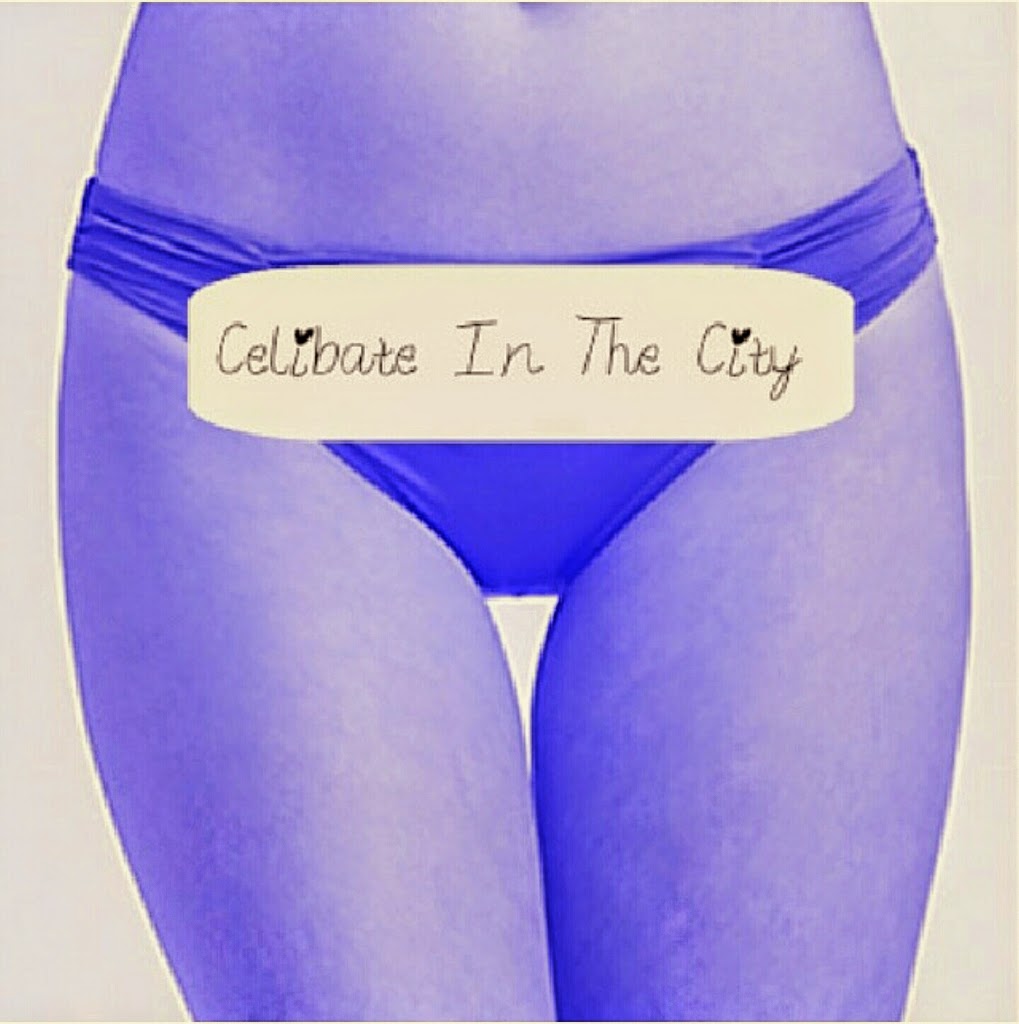